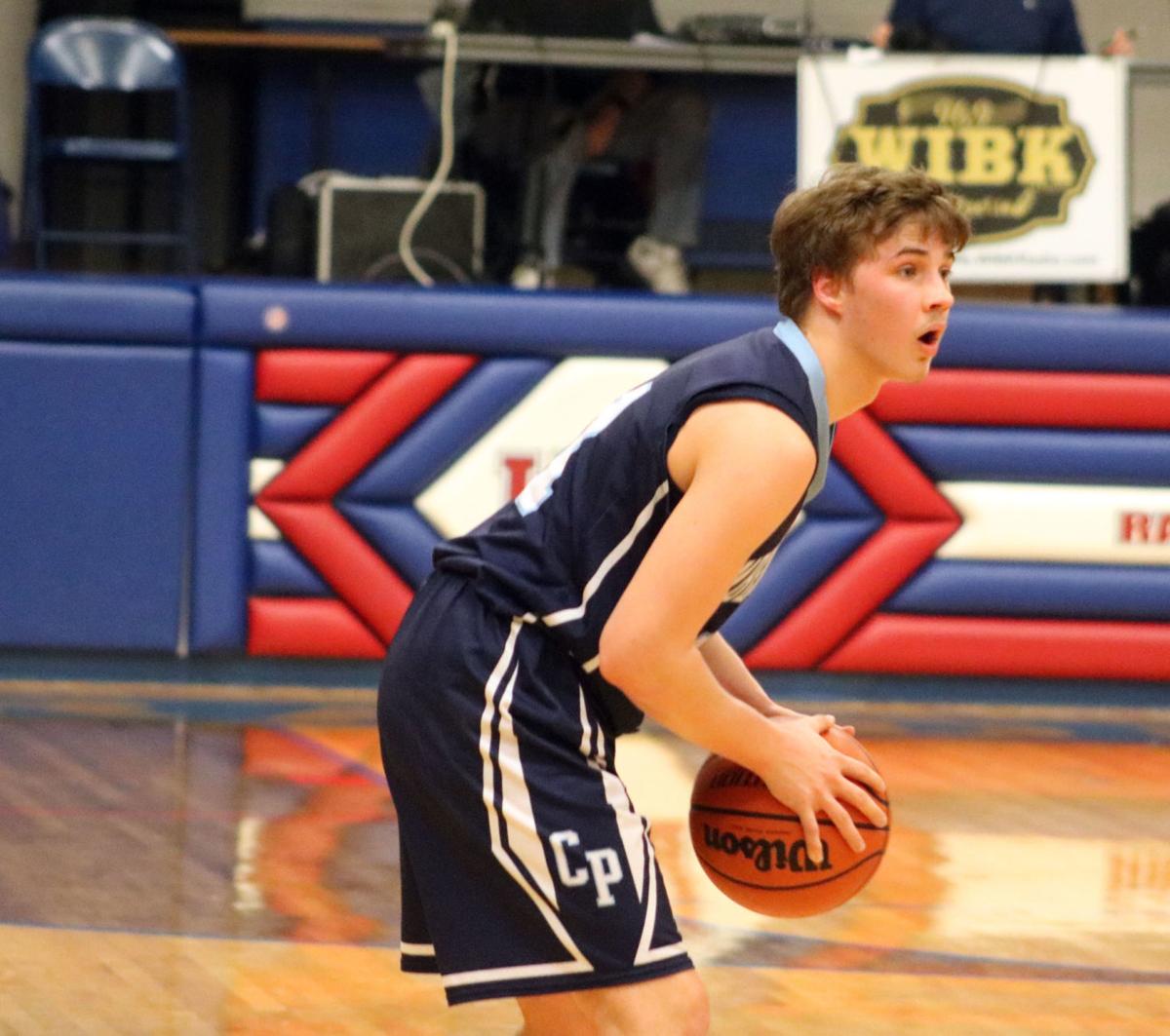 Cissna Park’s Keegan Boyle looks toward the rim during the SVC tournament championship game against PBL on Saturday night.

The PBL Panthers stand with their plaque after winning the SVC tournament on Feb. 8. This is the first time the team has won the tournament since 2011. 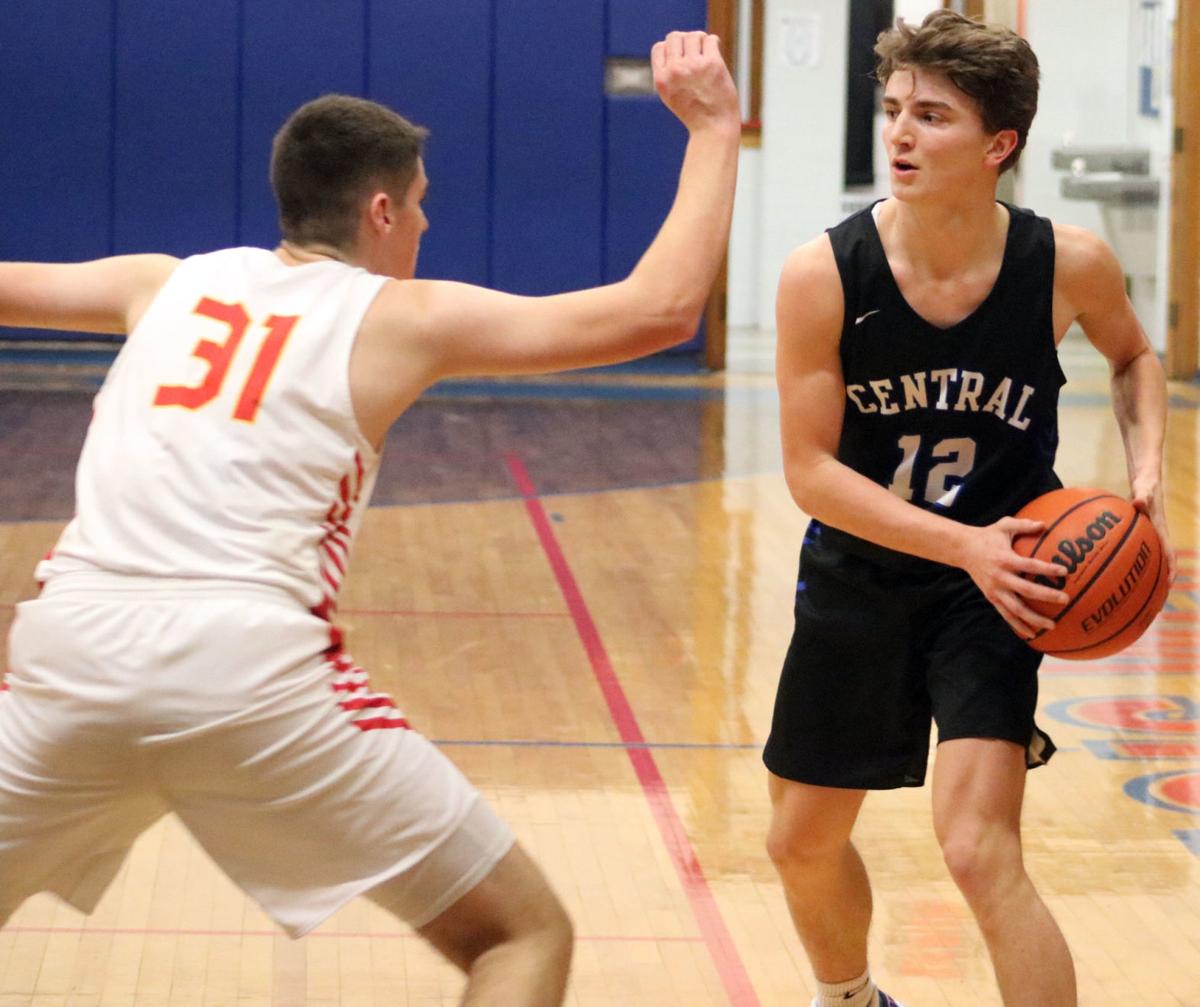 Central’s Jay Lemenager looks to an open teammate during the third place game against the St. Anne Cardinals. 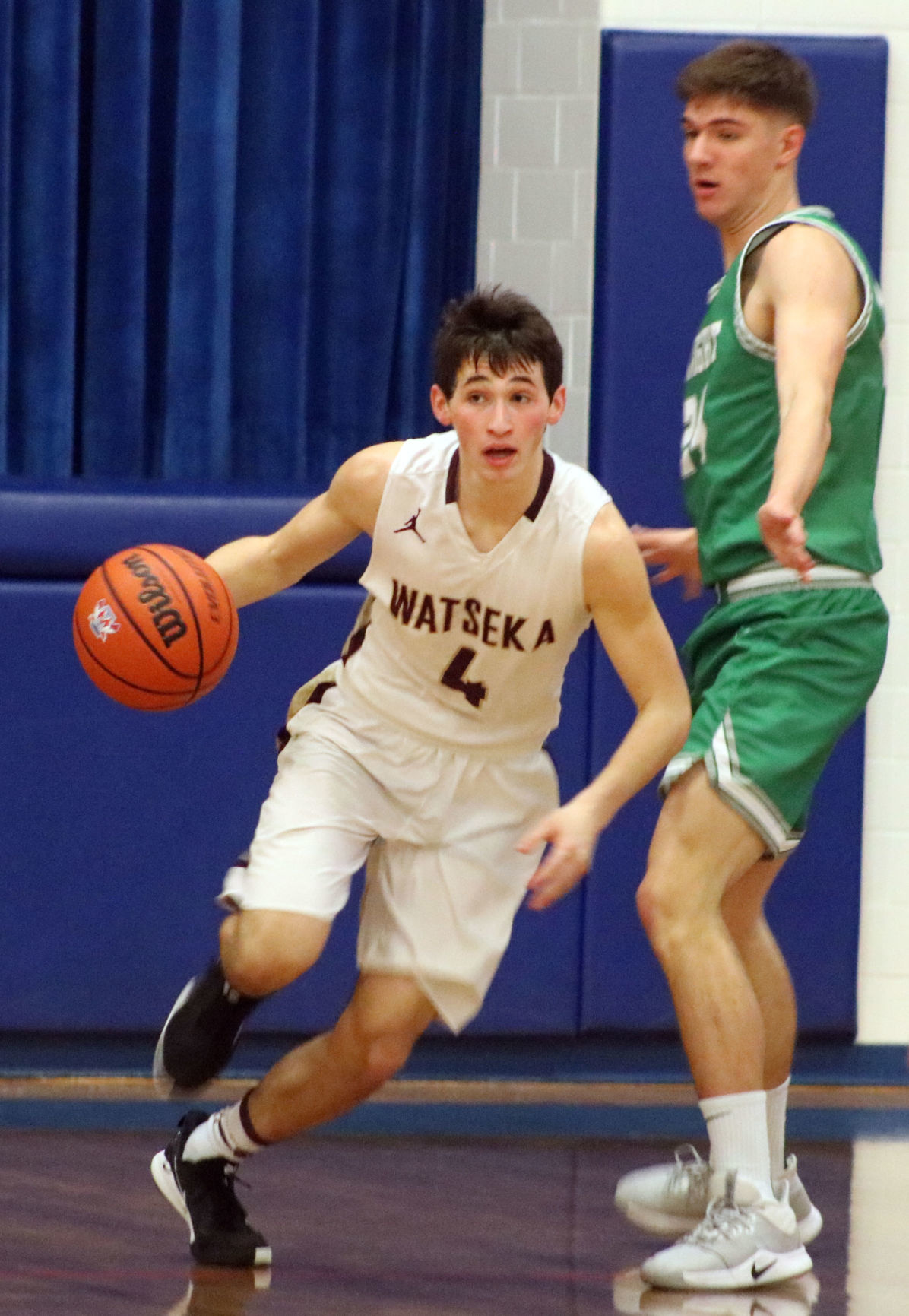 Cissna Park’s Keegan Boyle looks toward the rim during the SVC tournament championship game against PBL on Saturday night.

The PBL Panthers stand with their plaque after winning the SVC tournament on Feb. 8. This is the first time the team has won the tournament since 2011.

Central’s Jay Lemenager looks to an open teammate during the third place game against the St. Anne Cardinals.

The SVC boy’s basketball tournament came to a final conclusion on Saturday night. Taking home the title was the PBL Panthers who defeated last year’s tournament champions and state final contenders, the Cissna Park Timberwolves. The final score was 56-44. This is the first SVC tournament win for the Panthers since 2011.

Starting off the game, Cissna Park’s Penn Stoller put his team up on the board after tip-off. But, two successful three-point shots from VanWinkle quickly allowed the Panthers to jump out ahead 6-2. A layup from Cissna Park once again made it a two-point game at around the 5:30 mark which was answered with two-points by PBL’s Colton Coy making the score 8-4. The two teams continued to go back and forth to run out the first quarter with PBL still maintaining that four-point lead over the Timberwolves to head into the second quarter of play 20-16. In quarter two, Stoller was able to once again put the ball up for two-points for Cissna Park which was returned with a basket by Van Winkle making the score 22-18. The Timberwolves were able to get the run on the Panthers however to end the quarter tied 27-27 to move into half-time.

The Panthers’ Schrodt was fouled at just under the seven-minute mark to start off the second half. Schrodt managed to sink both free throw attempts before VanWinkle was able to head down on a breakaway layup after a steal to put the score at 31-27. Another two-points from VanWinkle gave the Panthers a 33-27 lead over Cissna Park, who had yet to score in the second half. From there, the Panthers were able to jump out to a nine-point lead to end the quarter and move into the final quarter of the game with a score of 43-34. A layup from PBL’s Coy started the fourth quarter to give the Panthers an 11 point lead, 45-34. The Panthers were able to hang on to that 11 point lead to finish the game and defeat the Timberwolves 56-44 to seize the SVC championship.

“We’ve had three pretty tough games the past week with Iroquois West and St. Anne. So, to turn around and come back today and fight a very good PBL team I knew we’d have a tough road and I thought we gave it as much as we could,” said Cissna Park head coach Seth Johnson.

“But, these guys will fight for the entire game as hard as they physically can. PBL loves to run the ball up and down the court so I think that got to us physically and once that set in the mental fatigue came right after.”

The two team’s will face off once again on Feb. 21 to compete for the regular season SVC title this time on the Timberwolves’ home court. “I’m looking forward to seeing them again,” said Johnson.

Taking home the number three spot in the tournament was the Clifton Central Comets. The Comets defeated St. Anne with a score of 66-54. In the consolation bracket, Watseka fell to Dwight in the fifth place game, 45-40 while Iroquois West defeated Momence 67-45 for seventh place.