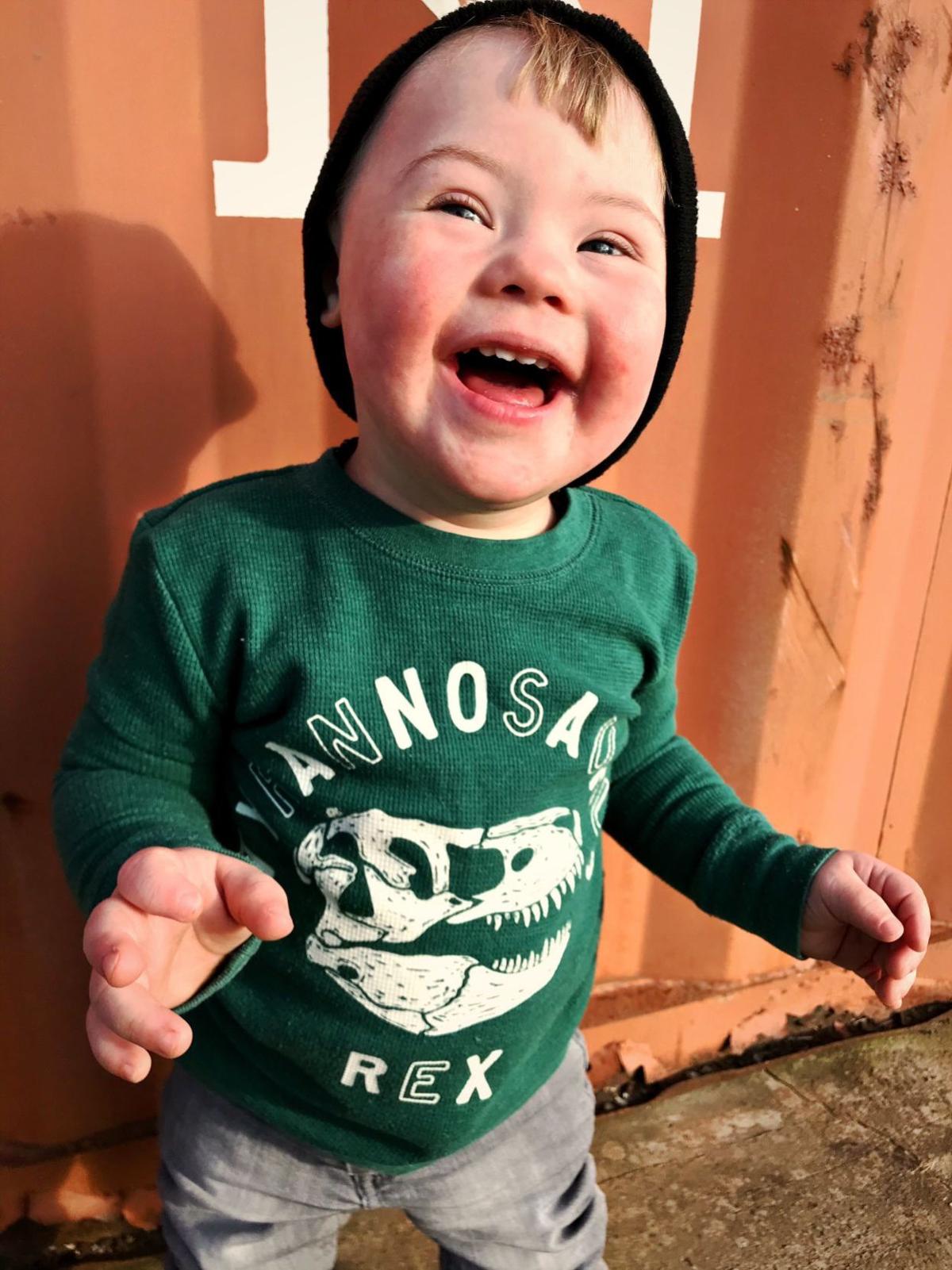 Wesley Short, 2, has become an ambassador for the not-for-profit organization Nothing Down. 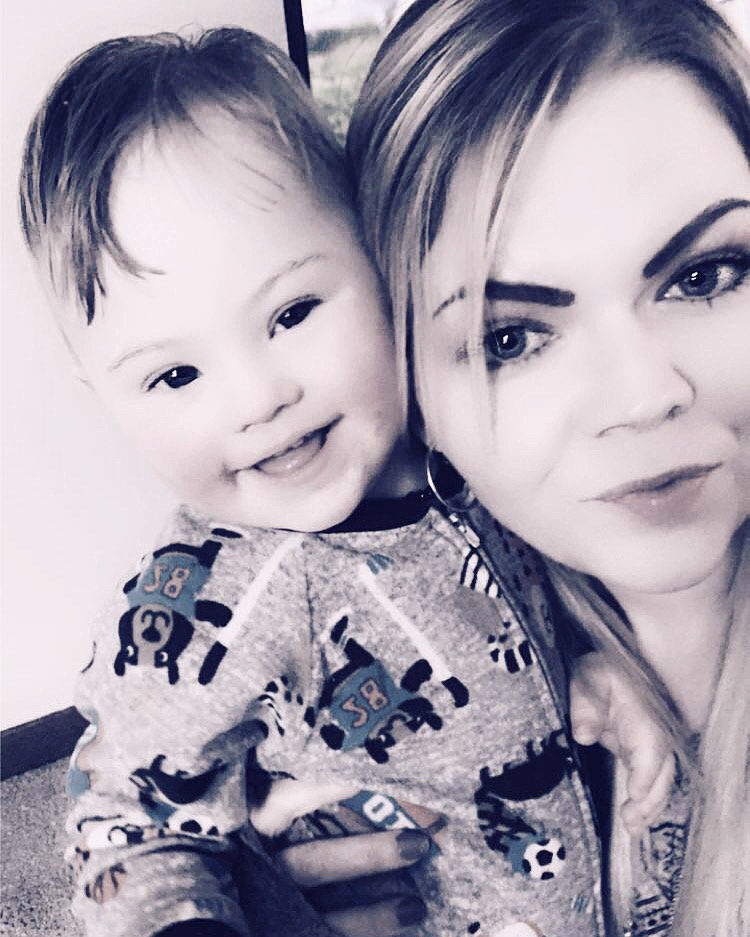 Wesley Short, 2, Gilman, gives some hugs to his mother, Kaylee.

Wesley Short, 2, has become an ambassador for the not-for-profit organization Nothing Down.

Wesley Short, 2, Gilman, gives some hugs to his mother, Kaylee.

Wesley Short may be young but he’s already working on getting a message across. He’s become an ambassador for the not-for-profit organization Nothing Down.

His mother, Kaylee, explained that being an ambassador for Nothing Down means the organization will be using Wesley’s photos, videos, and milestones on its social media pages and website to encourage and educate people around the world that there really is nothing down about Down Syndrome.

She said, he will be given first opportunity at being included in their photo shoots and any projects or films they produce. They have a six-time award winning short film called “Dear Doctor” and this year they will be debuting their follow up “Dear World”, featuring Frank Stephens, an actor and athlete with Down Syndrome who became an international internet super star for his speech on Capital Hill where he spoke on behalf of the entire Down Syndrome community.

Kaylee said she came across Nothing Down while building an online Down Syndrome community.

“I knew little about the genetic condition so I began reaching out to other parents on social media. Nothing Down was a God send for me. For the first time I felt like I wasn’t entirely alone in this. There were thousands and thousands of other parents here advocating for their children the way I knew I would. Thousands of similar stories and experiences that matched mine.

“One thing that is unfortunately common in our community is the negative stigma and bleak outlook given by medical professionals when delivering the diagnosis.

“That is what Nothing Downs mission is — to get rid of all the gloom and doom stigma associated with Down syndrome.

“We hope for a world where instead of ‘they can’t, they won’t’ conversations that occur at birth diagnosis’, as well as abortion pushing ‘you have options’ conversations in gestational diagnosis’, there’s simply a ‘congratulations’.

Wesley being born with Down Syndrome was a surprise for the family.

“We had a completely ‘typical’ pregnancy with no indications of any genetic disorder, though I did opt not to have any screening done because I knew it wouldn’t matter to me either way. I did have strong maternal instincts through out my pregnancy something was going to be ‘different’, but the thought of Down syndrome specifically never crossed my mind.

WCHS senior parade set for May 31

“It wasn’t until the day after Wes was born that the doctor sat me down to discuss concerns about his overall health and the possibility of the genetic condition. He was taken by ambulance to a bigger hospital’s NICU unit where he was put on a feeding tube, had an IV in his head, oxygen and a radiant warmer. He couldn’t suck and swallow correctly, and his body temp and oxygen levels were very low.The doctors also discovered a tiny hole in his heart known as an atrial septum defect.

“Wesley made strides daily and was out of the NICU unit and home a week after his birth. For three weeks I waited by the phone for results from his genetic testing. I was finally given a definite yes over the phone and was told to schedule an appointment with the genetic counselor. This ended up being an awful experience for me. I sat in a small doctors office by myself with this tiny newborn baby and listened to this duo of geneticists tell me everything my son wouldn’t ever do, how little to expect from him, and how likely he is to live past 50.”

If Kaylee wishes she knew then what she knows now.

“I remember when I went public with Wesley’s diagnosis. I wrote a lengthy Facebook post explaining and praying I didn’t receive a bunch of ‘’I’m sorry’s’. If I knew then how amazing he was going to be, how he would shape us into new people, change hearts. If I knew the overwhelming every day joy he would bring , the way people, total strangers even, would be magnetized to him because of his ridiculously beautiful smile and love for others, I would have skipped the long sappy post, I would have simply said ‘Oh, by the way, Wes has Down Syndrome!’. Because now, almost two years later in this journey I realize that’s really it, he has Down Syndrome , he’s not Down Syndrome. He’s not a fact or a statistic. No one can predict his future. Like any other ‘typical’ child we don’t know where he’ll excel or what areas he’ll find difficult, he’s still just a little guy. All I do know is he’s incredibly intelligent, super fast, and incredibly loving and rockin’ that extra chromosome. I do know he has years and years ahead of him and he’s going to be a successful, beautiful, kind member of society.”

Wesley, Gilman loves music and dancing, learning new signs as American Sign Language is his current form of communication, his proud mother said. He likes playing, swinging, swimming and “givin sugar” — hugs and kisses. He’ll do just about anything for pizza, and he loves to wrestle with his older siblings.

“He really is your typical two year old ‘all boy’ toddler.”

World Down Syndrome Day is March 21, 3-21, because Down Syndrome is the result of a third copy of the 21st chromosome, Kaylee said.

“Last year we celebrated by leaving random acts of kindness cards all through out the county. Simple things, a $1 taped to a pop machine with a card attached, or a few diapers left at a changing station with a card on top. We look forward to doing this again this year. We hope our efforts to spread kindness and promote inclusion changes the world my son will be living in.”

Wesley’s accomplishments can be followed on Facebook at “Wesley’s Warriors” and Nothing Down has its own Facebook page.

“These kids and adults — they are capable of anything if we quit trying to tell them otherwise.”