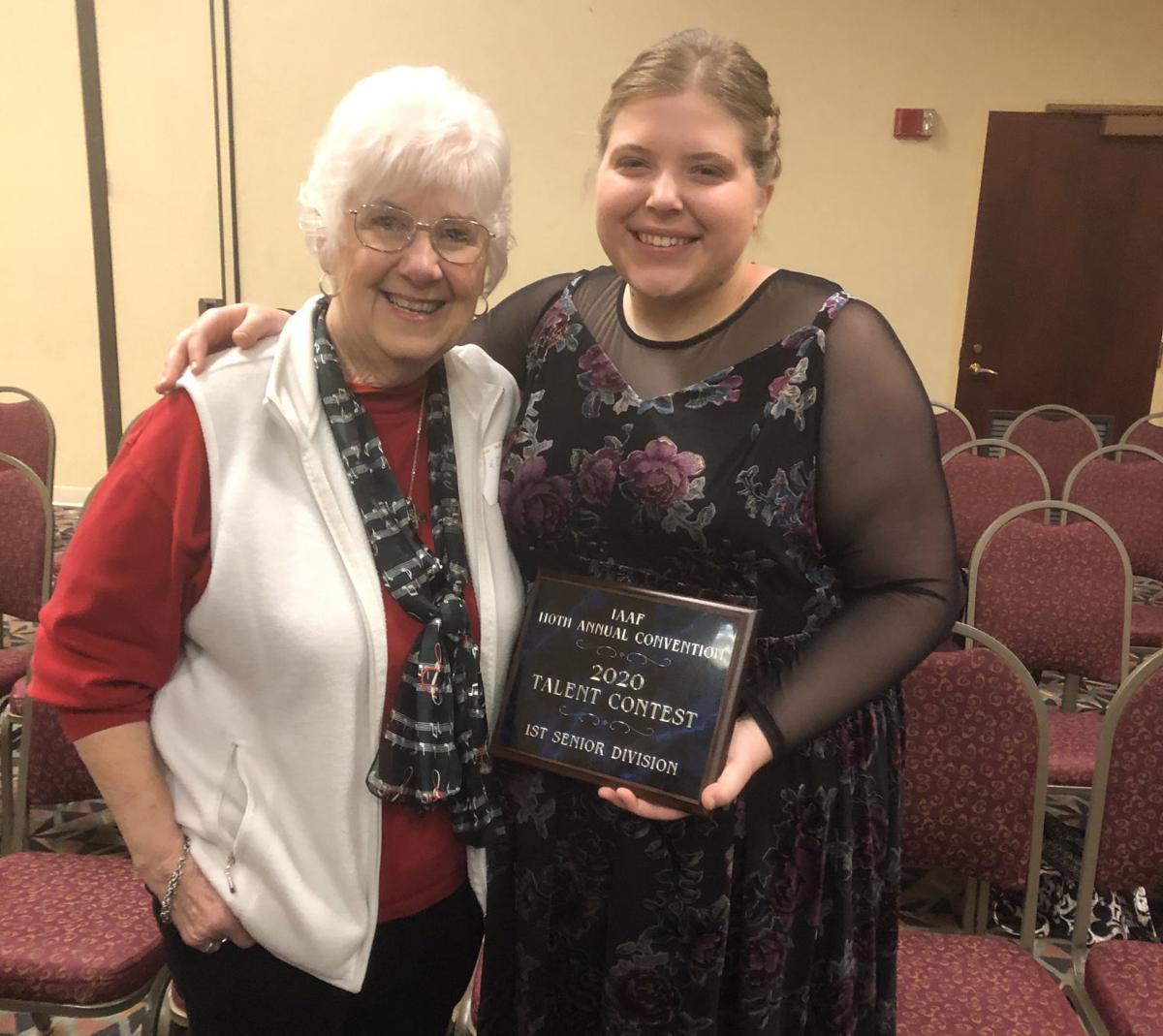 Anna Parmenter is the senior division winner of the state talent show competition, which was conducted this weekend in Springfield. She is shown with piano teacher Pat Neal. 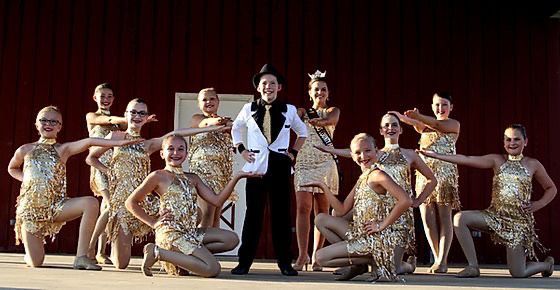 Anna Parmenter is the senior division winner of the state talent show competition, which was conducted this weekend in Springfield. She is shown with piano teacher Pat Neal.

Anna Parmenter, a senior at Watseka Community High School, is the senior division winner of the Illinois Association of Agricultural Fairs Talent Show.

Parmenter, the daughter of Erik and Sally Parmenter of Watseka, played a piano solo, “Etude de Concert” by Edward MacDowell.

Her piano teacher is Pat Neal of Watseka.

Parmenter later performed her solo again during the finals of the queen contest, which was also this weekend. Miss Iroquois County Fair Brianne Miller represented Iroquois County in that pageant.

Parmenter will perform her piano selection again during County Fair Day at the Illinois State Fair in August.

A dance group from Iroquois County, Elite Energy, placed ninth in the junior division of the talent show.

That group, performing a jazz dance to “Friend Like Me” is from Studio on Main in Watseka. Pam Hibbert is their dance instructor. The group consists of Lily Anderson, London Clark, Marisa Clark, Annika Greene, Aaron Greene, Vanysah Hickman, Addie Kingdon, Madelyn Loy, Sarah Parsons and Savannah Reed. The dancers are from Beaverville, Donovan, Milford, Watseka and Danforth.

The competitions were conducted at The Crowne Plaza in Springfield as part of the Illinois Association of Agricultural Fairs’ annual convention Jan. 17-20.

Partly cloudy this evening, then becoming cloudy after midnight. Low 23F. Winds ESE at 5 to 10 mph.