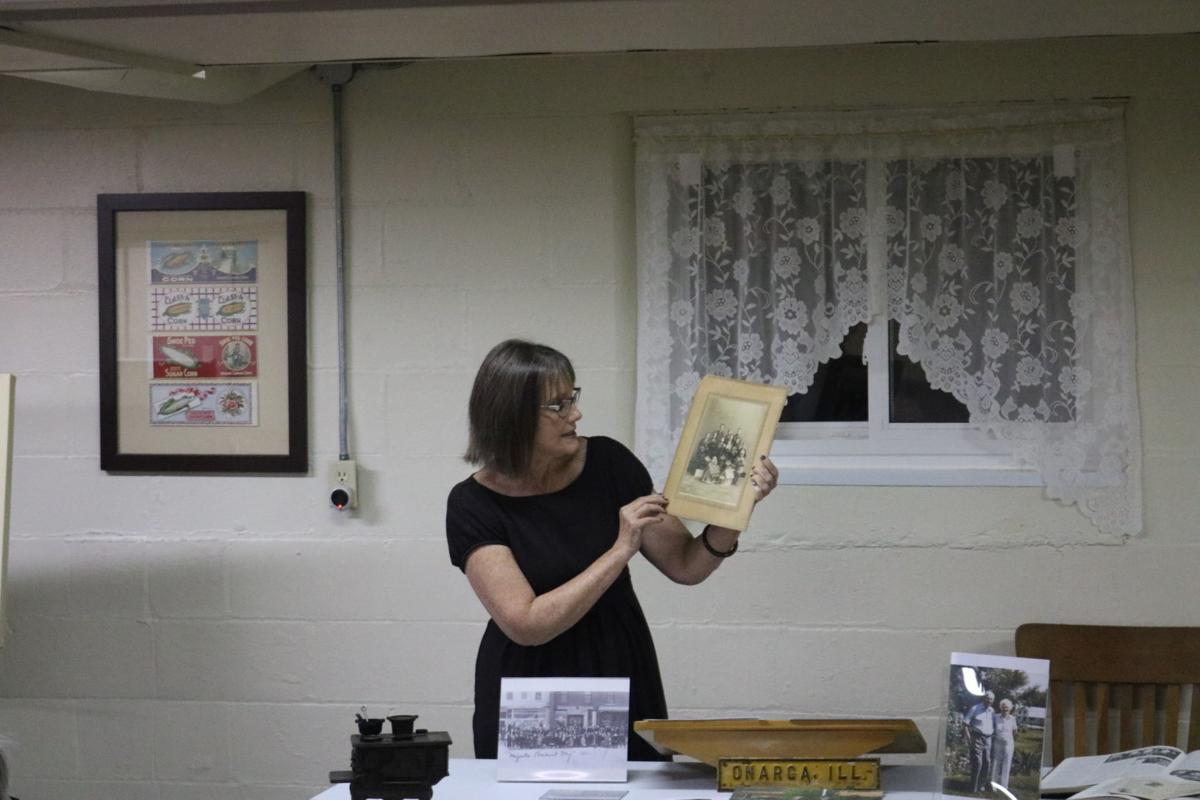 Onarga Historical Society’s Cheryl Rabe talks about the members of the Booth family of Onarga. 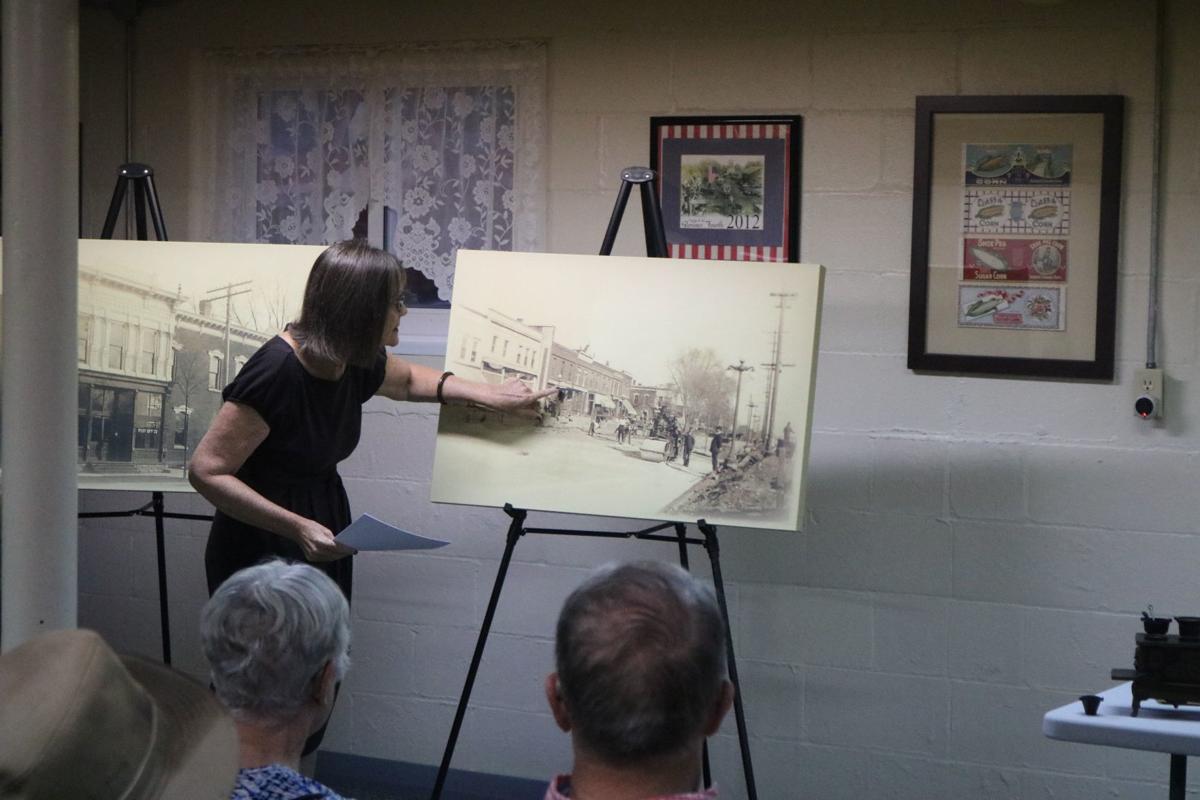 Cheryl Rabe points out details in an old photo of one of the Booth hardware stores.

Onarga Historical Society’s Cheryl Rabe talks about the members of the Booth family of Onarga.

Cheryl Rabe points out details in an old photo of one of the Booth hardware stores.

The Booth family had Booth Hardware, and their store sold Majestic appliances. This led to something a lot of people were familiar with — Majestic Biscuit Day.

Cheryl Rabe, president of the Onarga Historical Society, did the research and gave Thursday evening’s presentation at the historical society building.

The Booths began in Onarga with Henry Boardman and Sophronia Ann Brown Booth, who moved from New York to Illinois, wanting to be farmers, in 1856. They got “never before tilled farmland offered for sale by the Illinois Central Railroad” in Ridgeland Township.

Henry and Sophronia were active in the community in many different areas: as highway commissioner, organizer of Farmers Mutual Insurance Company, in the church to name a few.

Henry spent five years in Canada, where he was in the lumber business, just prior to coming to Illinois.

They had seven children, one of which was Chauncey Brown Booth, who was born in 1866 and died in 1900. He was an original partner in the Booth & Stitt Hardware Store in Onarga.

The couple also had LaMott Rhodes Booth, 1868-1894, who married Gertrude Shear of Onarga. The couple had one child, Chauncey LaMott Booth; his nickname was “Chan”.

George was the only child of their’s to live past the age of 40. He went to Grand Prairie Seminary and then to Northwestern University. From there, he went to Bay City, Michigan, to teach high school biology and mathematics.

When his brother Chauncey died he came back to Onarga to take over the hardware business, Booth & Stitt Hardware, and care for his widowed mother, Sophronia. George Booth married Elizabeth Paine of Michigan and they had one child, Charles H. Booth, in 1904. Charles H. married Ginny, and they had four children: Mary Elizabeth, Nancy, George Ellis and Virginia Ann.

In 1959 the Booths moved their family from 208 S. Evergreen St. to their home on West Seminary Avenue, which many people still refer to as “the Booth house”.

George and Elizabeth were civic minded like his parents: board of directors for the public schools, director and secretary of the Del Rey Farmers Elevator, church boards and choirs, Lions Club, golf club, Onarga Library board.

One was Booth & Stitt Hardware Store, where the south elevator office is located today on Chestnut Street. It offered farm implements, steel plows, seeders, buggies and wagons. The wares were displayed on the platform in front of the building.

Another was George Booth Hardware Store on Main Street, located next to the firewall. This hardware store had appliances such as Majestic stoves and a general line of hardware.

The Majestic Stove Company had an advertising event where it offered a free biscuit and a cup of coffee to children, no matter if their parents purchased an appliance or not. Booth’s store took part in this and there’s a photo of more than 100 children lined up outside the store.

The third was George Egley’s lumber business, which was located on South Chestnut Street. Later, he would relinquish the hardware interests, except for those directly related to the building business: lumber, nails, shingles, etc.

These were the years where deliveries were made by a team and a wagon. George wrote a column for the Onarga Leader-Review titled “Lumber News”. His mantra was “Make Onarga Your Home”. He’d write things like “A big wind the other night proved our Tite-On Shingles that lock in place. Examples are on George Warns’ barn; Clarence Weber’s house and the Christian church.” He also wrote jokes.

In 1938 Charles H. Booth, his son, joined him in business. He was made a partner and the business was changed to Booth Lumber Company.

When George died in 1952, Charles H. “Chuck” remained the sole owner, and the name was changed to C.H. Booth Lumber Yard, a good source of kiln-dried lumber.

In January of 1970 the lumber yard was destroyed by fire, and it never rebuilt.

The Booth farm received a Centennial Farm recognition from the state in 1972.

The next program the Onarga Historical Society will host will talk about World War II veterans from the Onarga area.