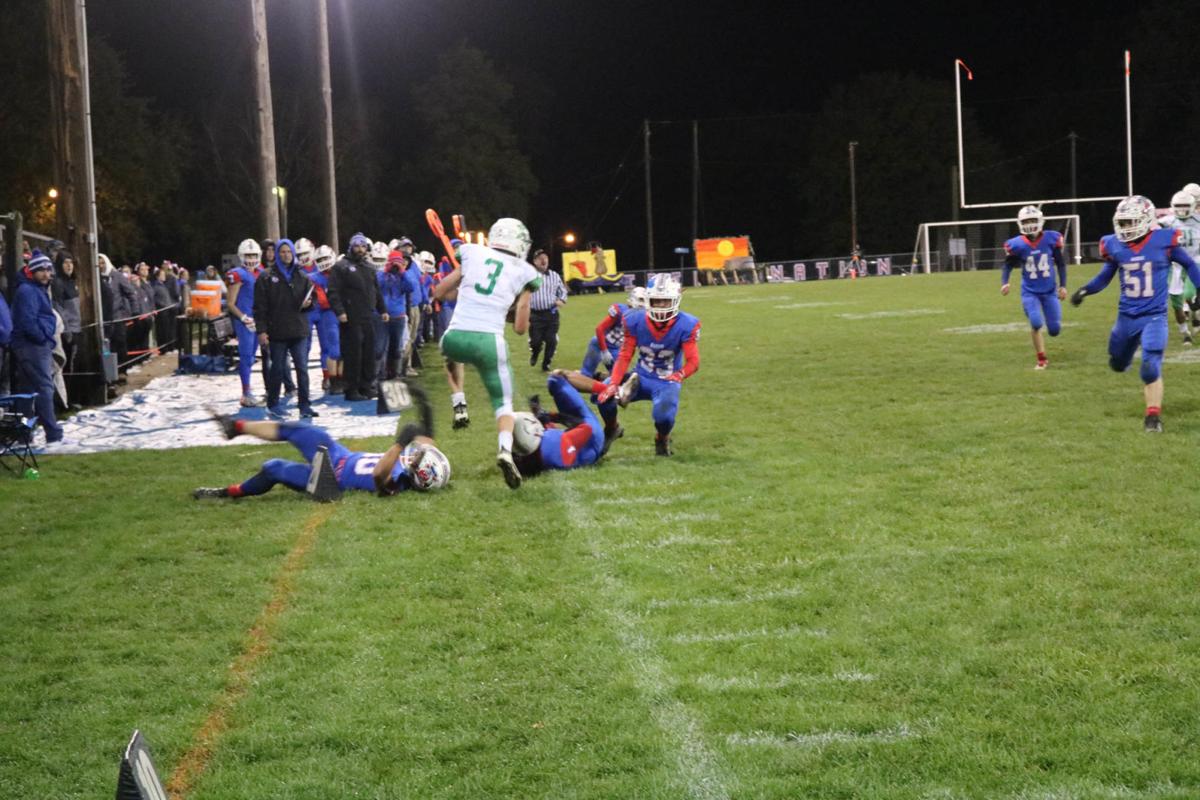 Trojan Carson Crouch is run out of bounds in the second quarter of the Iroquois West homecoming game. 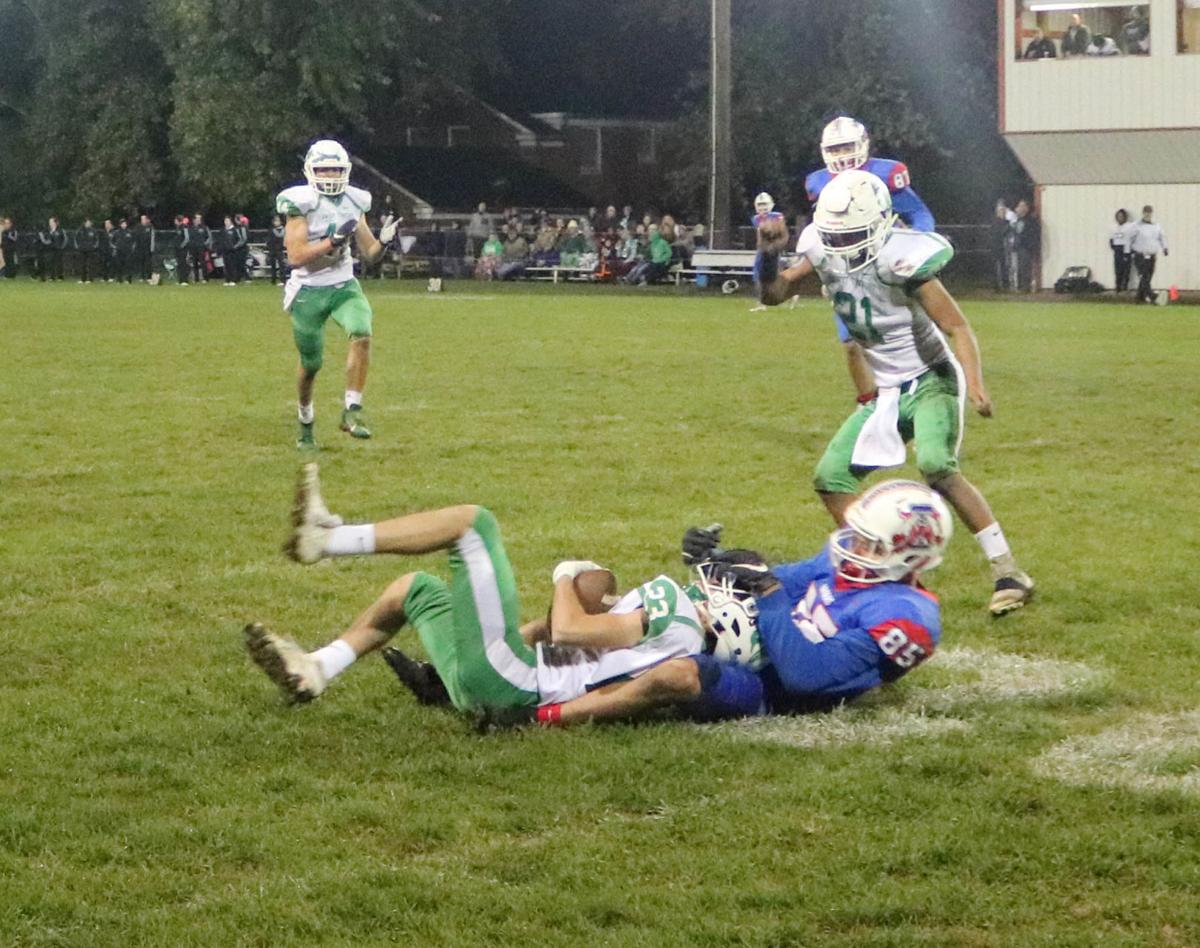 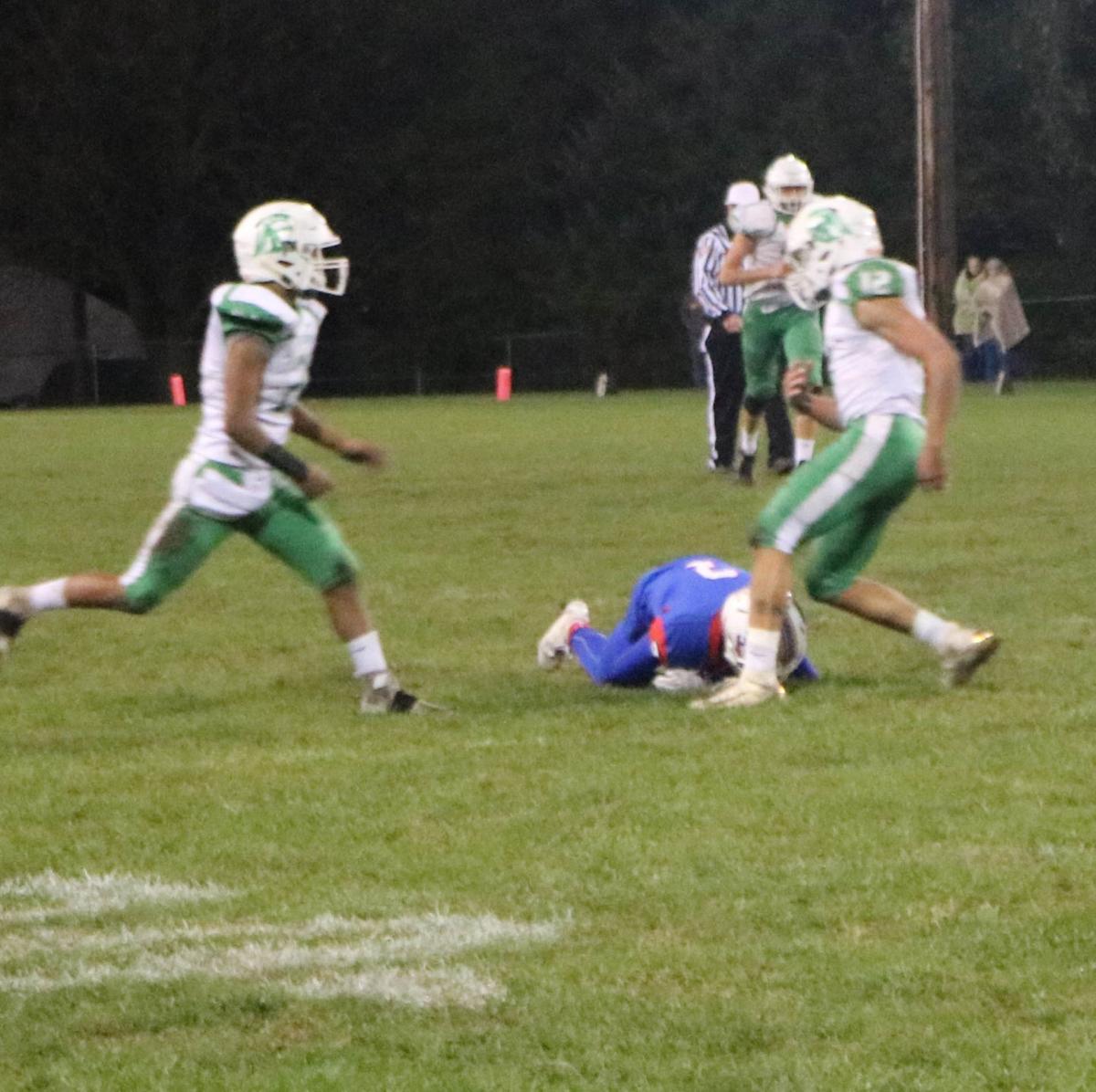 Trojan Carson Crouch is run out of bounds in the second quarter of the Iroquois West homecoming game.

The Iroquois West Raiders took another hard loss in Friday evening’s game against the Dwight Trojans, 13-45.

“We played them 14-13 in the second half,” said Raider head coach Cameron Stone. “We’ve been digging ourselves a big hole in the beginning of games. We have to make better tackles.”

The Trojans scored the teams first eight points within the first two minutes of the game.

By the end of the first quarter the team was up 0-24 with two more touchdowns, Will Bergstrom and Wilton Jackman, each with the two point conversion plays.

Each team made interceptions, neither team was able to turn the play into a touchdown.

At the six minute mark Raider freshman Thomas McFall got a long Dwight pass at the 13-yard line.

About a minute later McFall got another Trojan pass at the 10-yard line.

At the 2:57 mark in the second quarter the game saw another Trojan touchdown from Carson Crouch, and the extra point was made.

The third half remained scoreless until the last minute when Crouch took the ball into the end zone. After the extra point was made, the score was 0-38.

In the fourth the Raiders came alive on the board.

At 8:34 Dane Thorne scored the first TD for the Raiders, and the extra point was made.

At 6:38 Jackman again scored, and extra point was made.

Two minutes later the Raiders put another six points on the scoreboard when McFall caught a nine-yard pass. No extra point was made as a Trojan blocked the kick.

Dwight had several penalties in the game.

“We need to be better at taking advantage of their mistakes,” Stone said.

The Raider team is still learning.