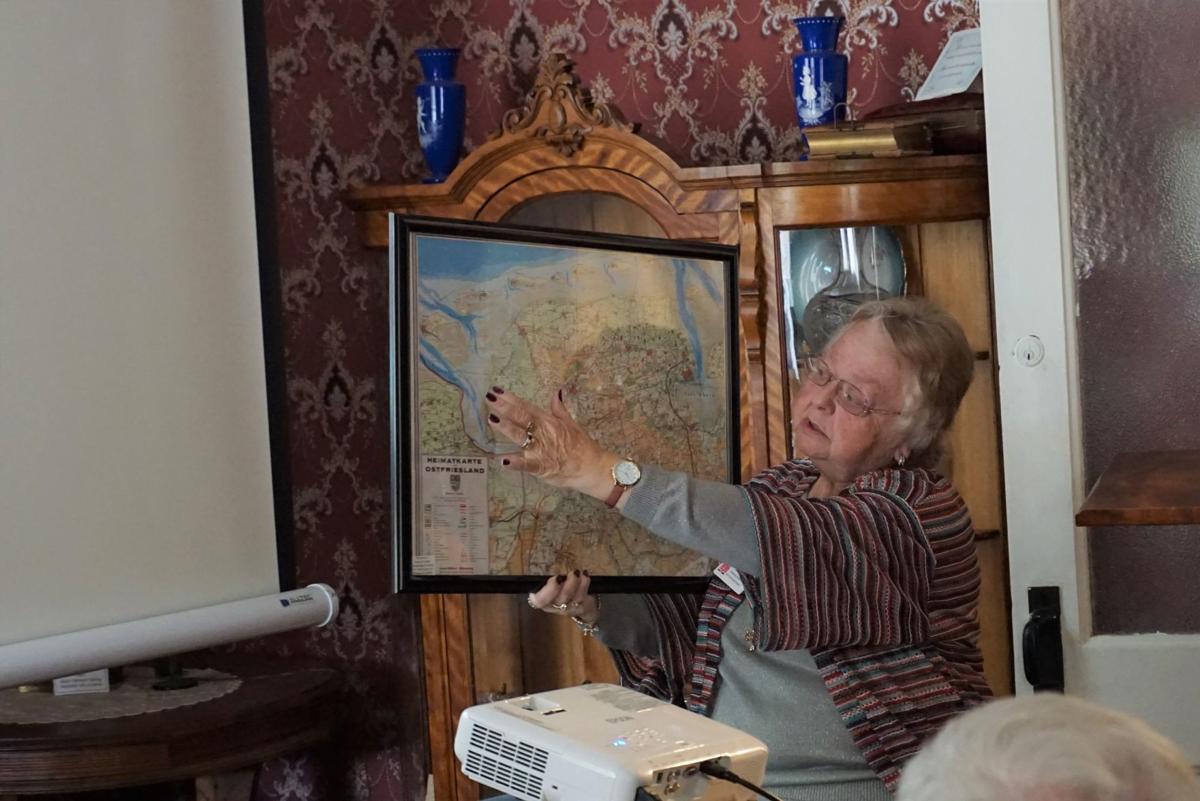 Mary Buhr, president of the Iroquois County Genealogical Society, shows an area on the map where she and her husband, Eilert, traveled while in Germany. She presented a slide show of their travels during the annual meeting of the ICGS. 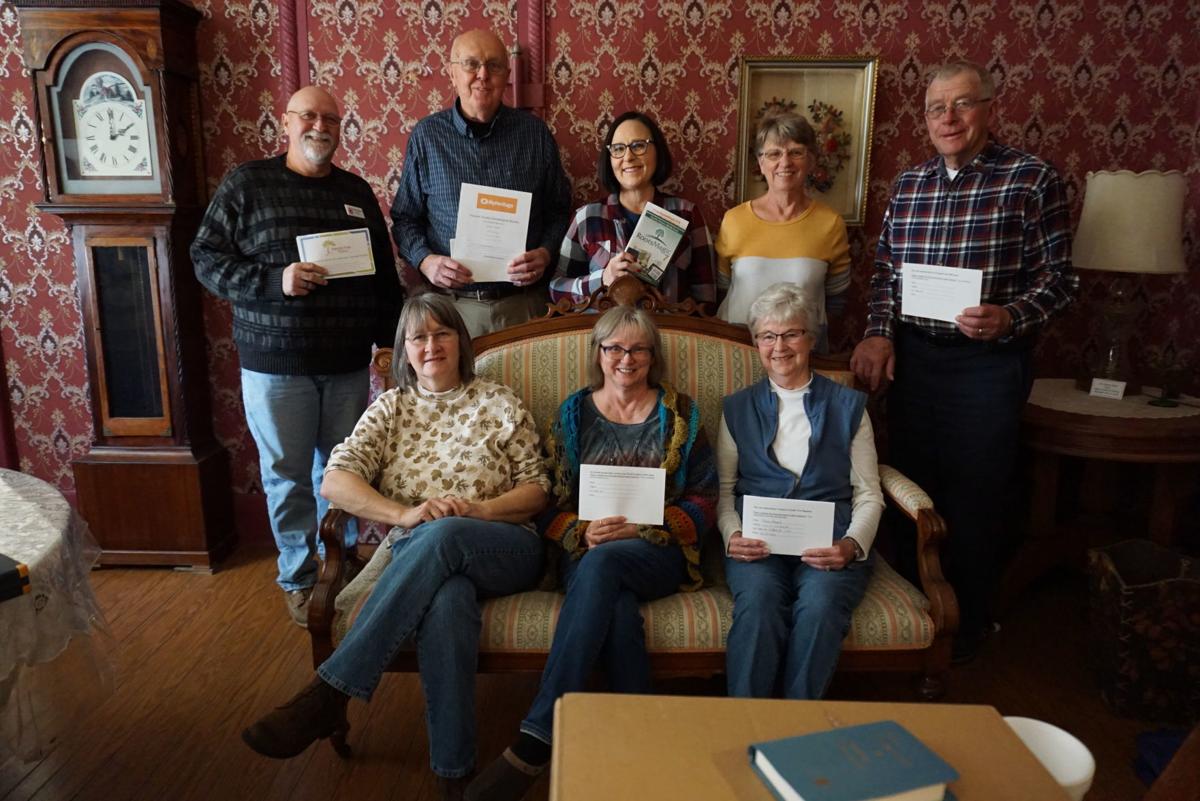 Mary Buhr, president of the Iroquois County Genealogical Society, shows an area on the map where she and her husband, Eilert, traveled while in Germany. She presented a slide show of their travels during the annual meeting of the ICGS.

The Iroquois County Genealogical Society had its annual meeting Nov. 2 in the Victorian Room of the Old Courthouse Museum. The event began with coffee and rolls served at 9:30 a.m.

Mary Buhr, president of the ICGS, welcomed everyone to the meeting and went over her report. She covered the various activities and events from the past year and then talked about proposed activities. Some of those events include a “Leap into the Past Program” on Feb. 29, a program on Scotland ancestry set for the community center in Crescent City in March, participating in the Iroquois County Agricultural and 4H Club Fair in July, the annual cemetery walk at St. Mary’s Cemetery, Beaverville; serving ham and beans plus sponsoring the pumpkin decorating contest at Harvest Daze; the annual meeting next November and the volunteers’ dinner the following month.

Mary Buhr then presented a slide show on a trip to Germany she took last May with her husband, Eilert. She talked about a historical museum which was crafted as a ship and she told how there were effects to make you believe you really were on a ship. She discussed some of the churches, noting the bell towers were erected as a separate building because the bells and towers would add too much weight to the churches and cause them structural damage.

If you have an interest in the ICGS, you can call them at 815-432-3730 during the hours of 10 a.m. to 4 p.m., Monday through Friday. You can also send an email to iroqgene@gmail.com or visit the website of www.iroquoiscountygenealogy.org. TheICGS is located on the first floor of the Old Courthouse Museum, 103 W. Cherry, Watseka.

Rain showers in the morning will evolve into a more steady rain in the afternoon. High 41F. Winds SE at 10 to 20 mph. Chance of rain 80%. Rainfall near a quarter of an inch.