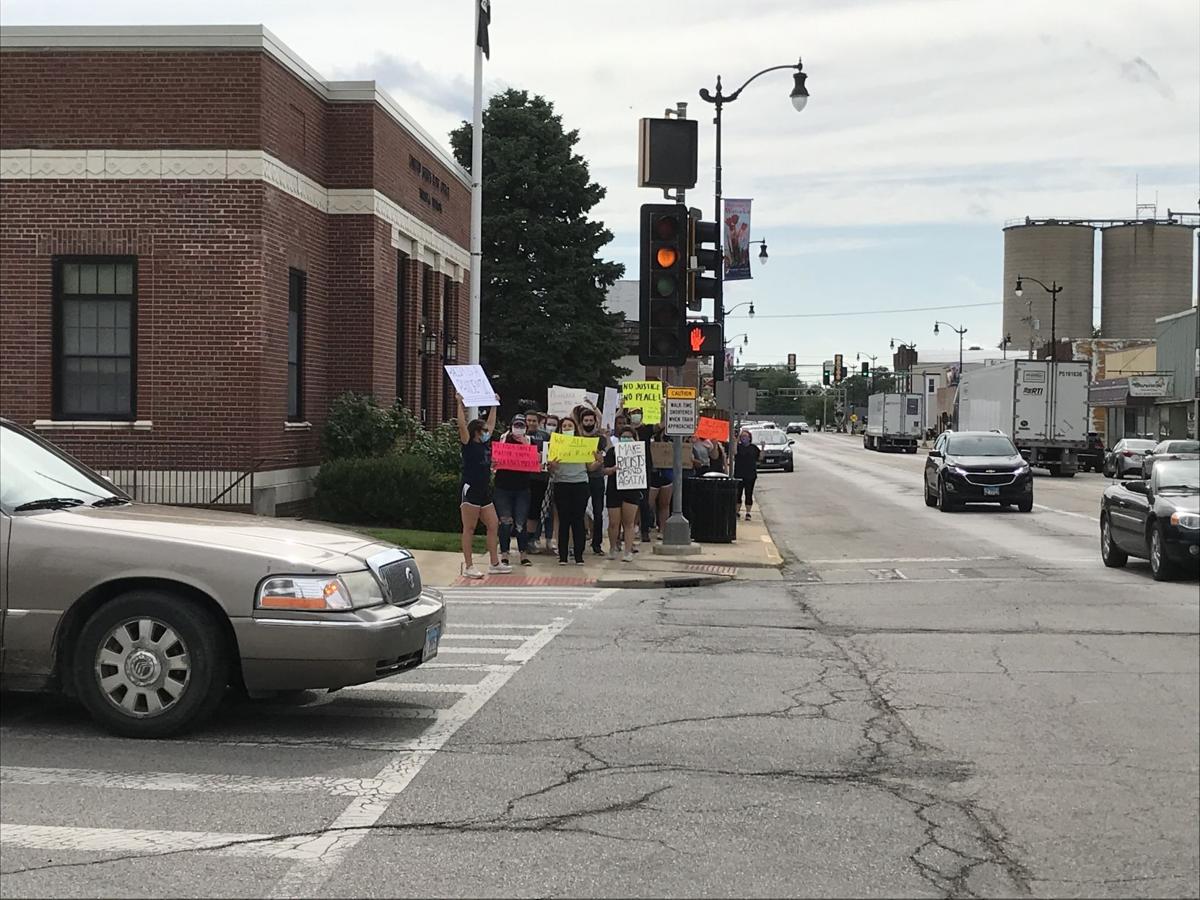 A group of peaceful marchers stands ready to cross the street in Watseka Thursday afternoon. The group made their way from Kay Park to Eighth Street and back again to bring awareness to racial division and other issues. 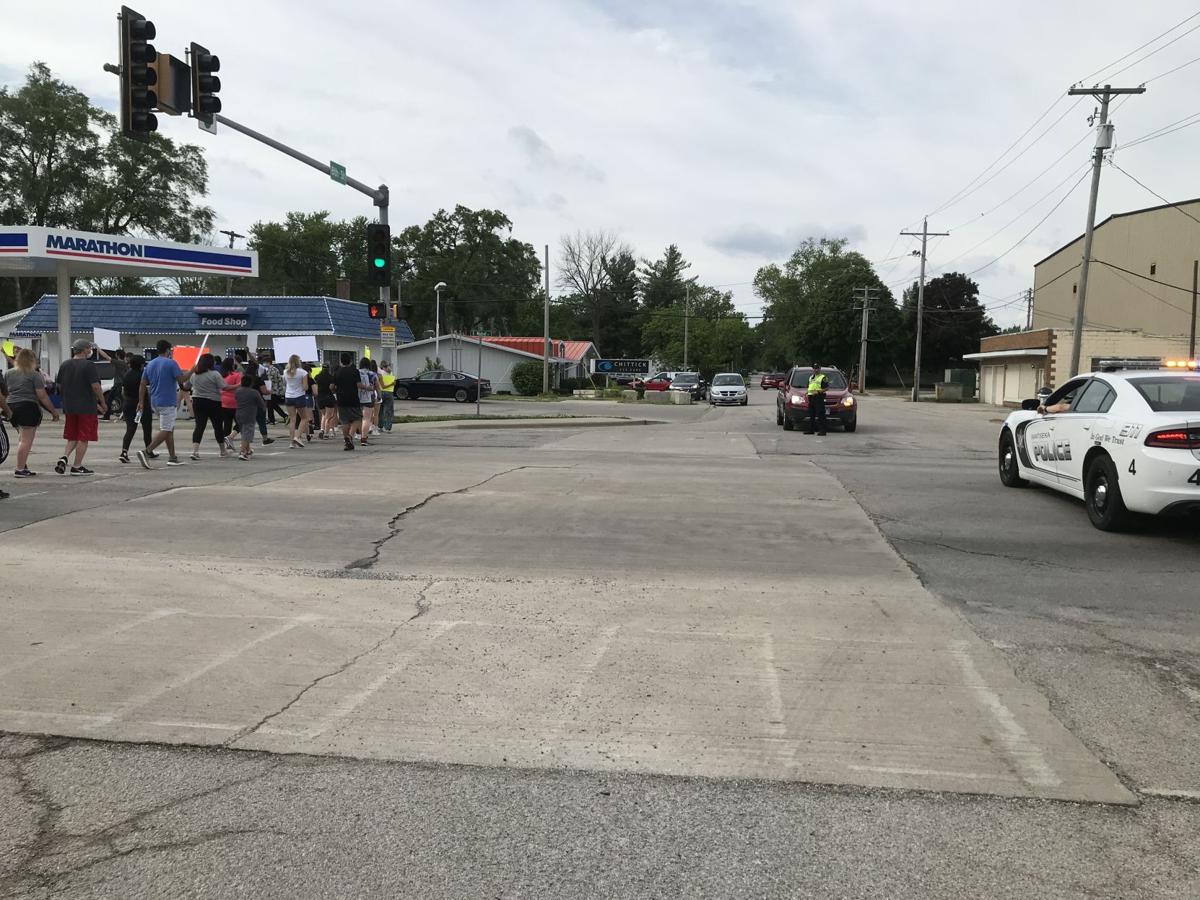 Watseka officers block Walnut Street in Watseka long enough for the group of marchers make their way to the other side of the street.

A group of peaceful marchers stands ready to cross the street in Watseka Thursday afternoon. The group made their way from Kay Park to Eighth Street and back again to bring awareness to racial division and other issues.

Watseka officers block Walnut Street in Watseka long enough for the group of marchers make their way to the other side of the street.

A group of marchers made their way Thursday afternoon from Kay Park in Watseka to Eighth Street and back again in the name of peace and to raise awareness of racial division.

Along the way they were met by honks and waves from passersby as they walked, holding signs with messages like “Racism is Pandemic”, “Black Lives Matter” and “We All Bleed Red”.

Also along the way they were helped by police from Watseka and other departments to make sure they could get across the busy streets safely.

Organizer Daisy Solorzano. said, “This is something that means so much to me personally, as a minority as well. I was originally going to walk by myself.”

She said family members encouraged her to not walk alone, so she decided to find someone to walk with her and she started looking at social media. She found many people felt like she does.

“I just got this big group,” she said.

“My main goal was to keep it peaceful. I did not want this to cause any harm to the town and I did not want to insult the police in any way, because I know that’s an issue going on as well,” she said.

“I just wanted this to be a peaceful protest and I’m very thankful we accomplished that today,” she said.

“We’re really all passionate about everything that is going on in the world and we were hoping to just bring more awareness to it. to Watseka and Iroquois County.”

The group was comprised of people from around the area, including Watseka, Kankakee, Milford, Sheldon, Cissna Park and Gilman in Illinois and Kentland, Indiana.

“People from everywhere care about what is going on,” Solorzano said.

She was very pleased with the turnout, noting that at first she thought she would be happy if 10 people took part. “Then we get like 60 people, so that was really good.”

Solorzano noted that the honks and attention from those passing by in cars also was helpful. That support gave them encouragement of why they were taking part in the march.

“It makes you feel good that people, even if they are not walking with us, they are supporting us by honking. That’s a good feeling, too,” she said.

Solorzano said that the help from the police officers was very appreciative.

“I contacted (Chief) Jeremy Douglas,” she said. “I explained to him my plan and my intentions. He helped me out and he got his team on board. We’re very thankful they were with us along the way. That was a worry, too, that we could get stopped in our tracks and we wanted to avoid any issues that would happen. We are very thankful to the officers for showing up and helping us cross the street.”