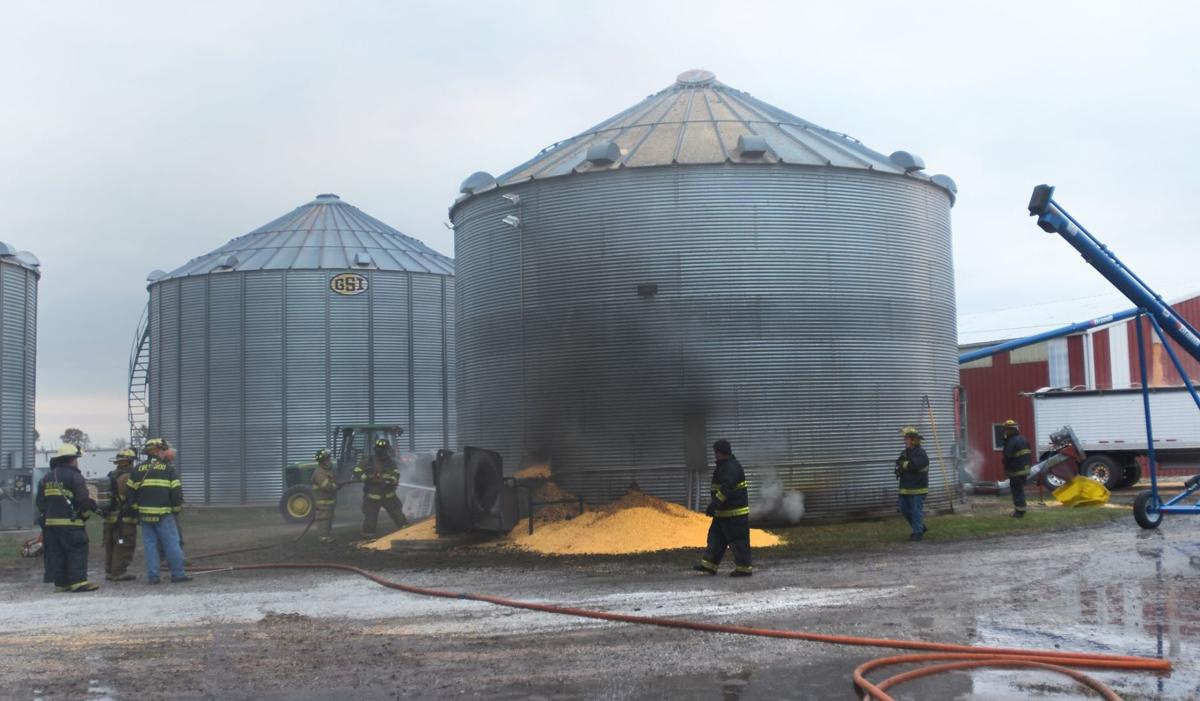 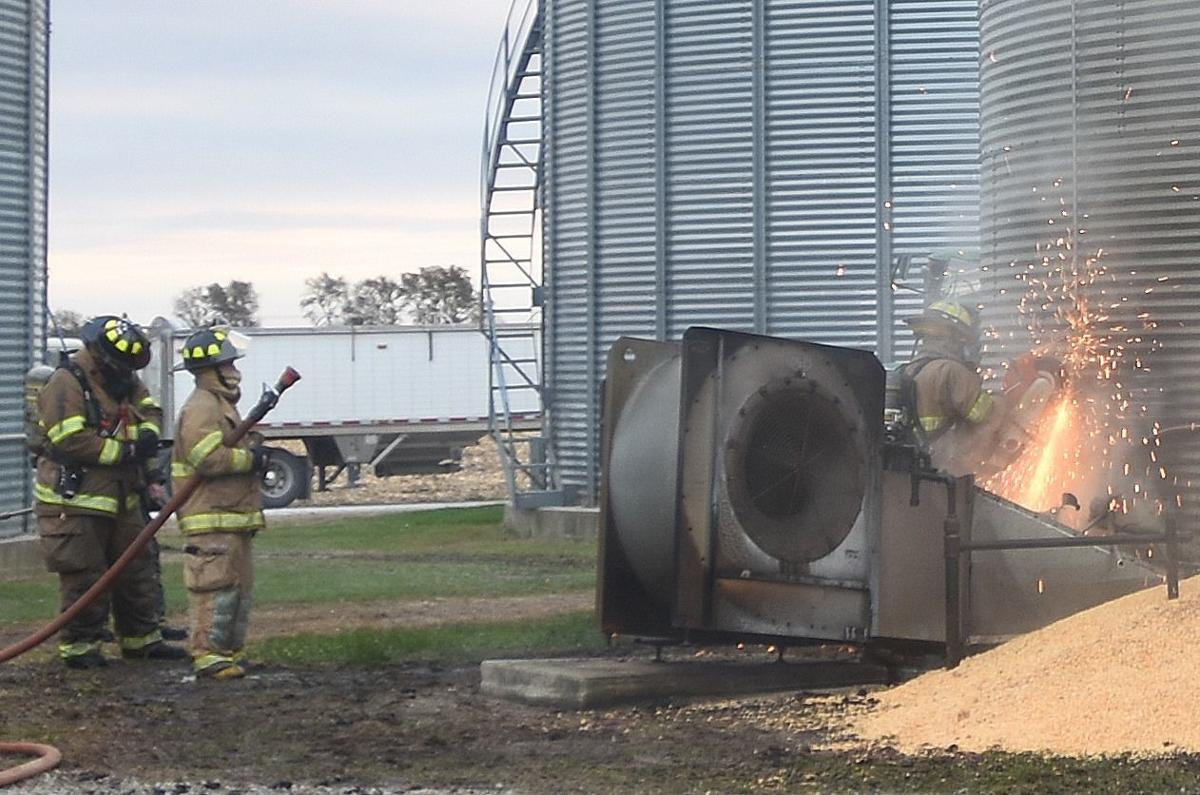 Firefighters work the scene of a grain bin fire near Woodland Wednesday afternoon.

Firefighters work the scene of a grain bin fire near Woodland Wednesday afternoon.

A grain bin fire Thursday afternoon kept firefighters at the scene into the night.

At about 1:30 p.m. Woodland firefighters got the initial page to the scene, 1957 East 1630 North, the property of Dave Johnson.

Fire chief Dominic Smith said the grain bin’s dryer was fully engulfed by the time crews arrived. He said the cause of the fire is unknown, but it’s suspected it began there.

It was an awkward fire, as it got in the air space between the grain and floor. “We couldn’t access it. We had to get grain out. The more we got out the better access we got.”

The bin was about three fourth full of corn, but Johnson was able to save about half of that, Smith said.

The wind played a factor in it, as well.

He said holes had to be cut to get in with water, but when they could be closed back up firefighter did so as soon as they could. He said they didn’t want the scene to become “a blast furnace”. The wind would eventually shift as the evening came.

Woodland firefighters were at the scene until about 10:30 p.m., and there were still a few hot spots being monitored into the next day, he said.

Park district has cards and cheer for Carlos

Smith said seven other departments were called due to the need of manpower. He pulled out of the firehouse alone in the tinder before another firefighter pulled up and jumped in, he said.

“That’s a problem we have with rural departments: manpower. It’s scary not knowing who will show up.”

Cloudy early followed by a mixture of light rain and snow this afternoon. Temps nearly steady in the mid 30s. Winds SSE at 10 to 15 mph. Chance of precip 60%.

Rain and snow this evening. The rain and snow will become lighter and change to all rain overnight. Low 33F. Winds ESE at 5 to 10 mph. Chance of precip 80%.