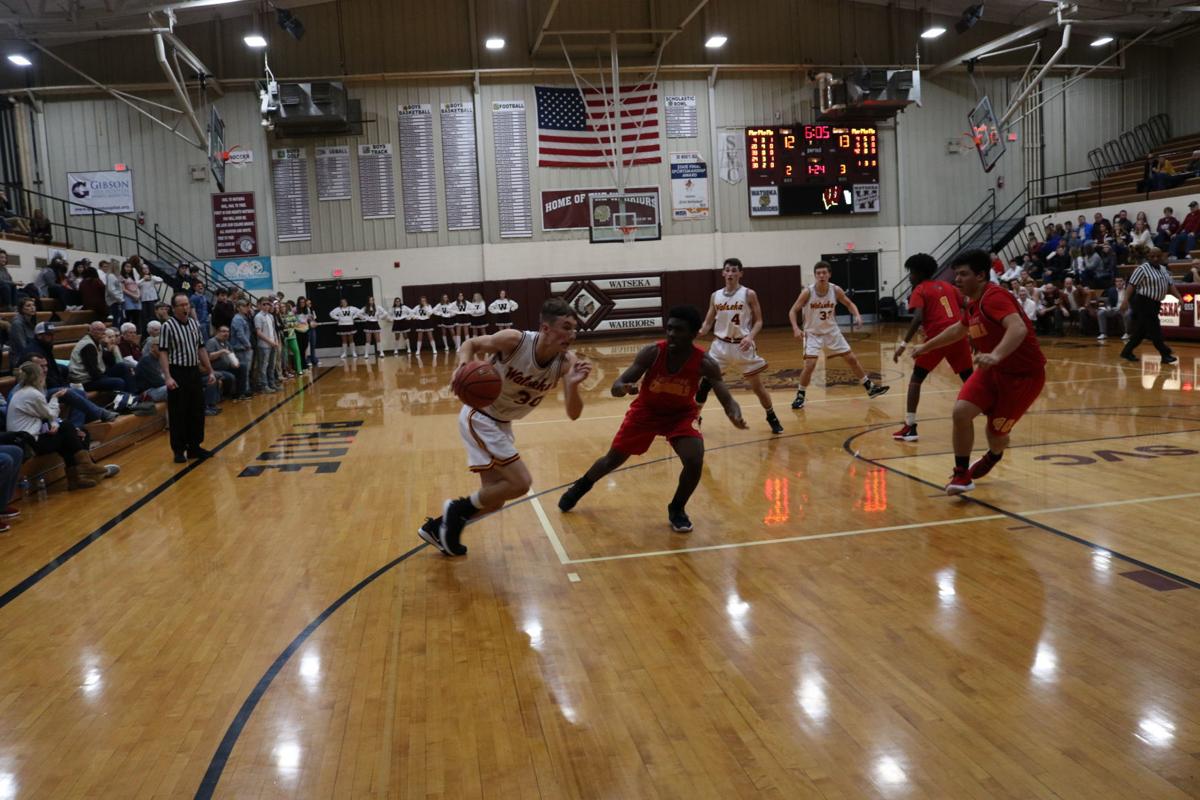 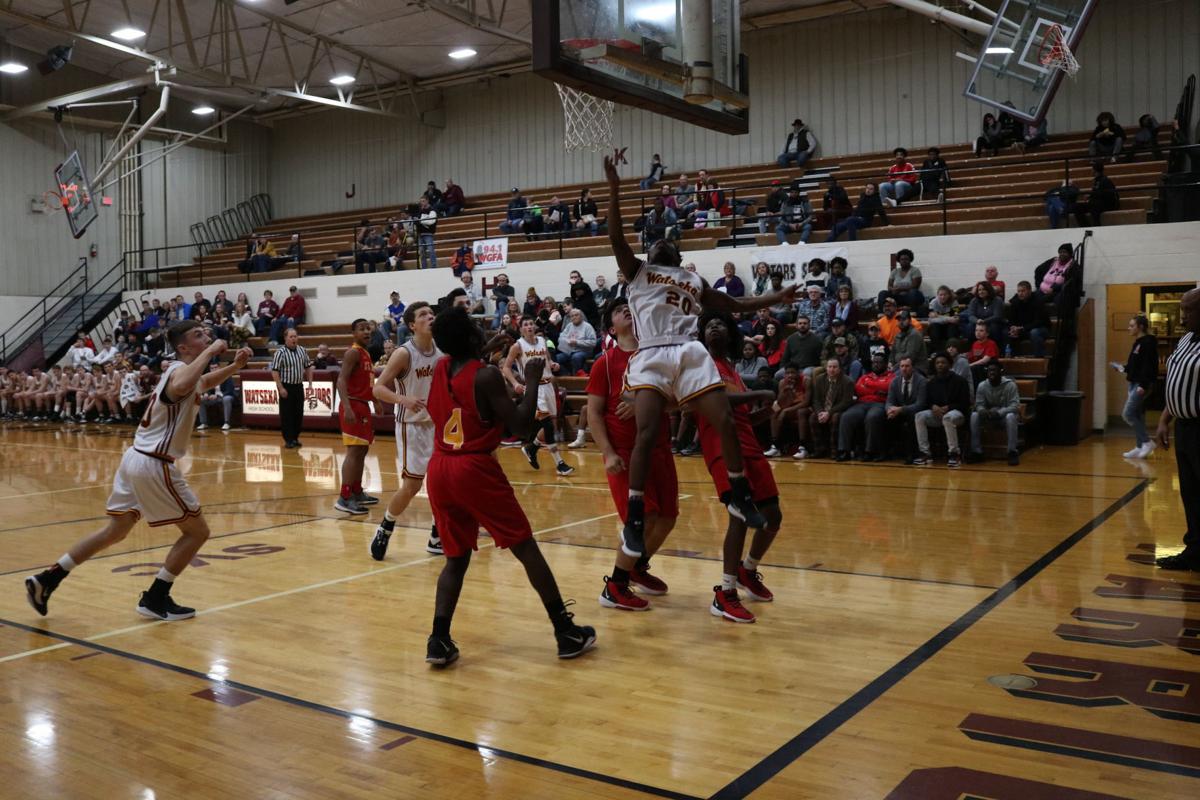 Warrior Jameson Cluver puts up a shot in the first half. 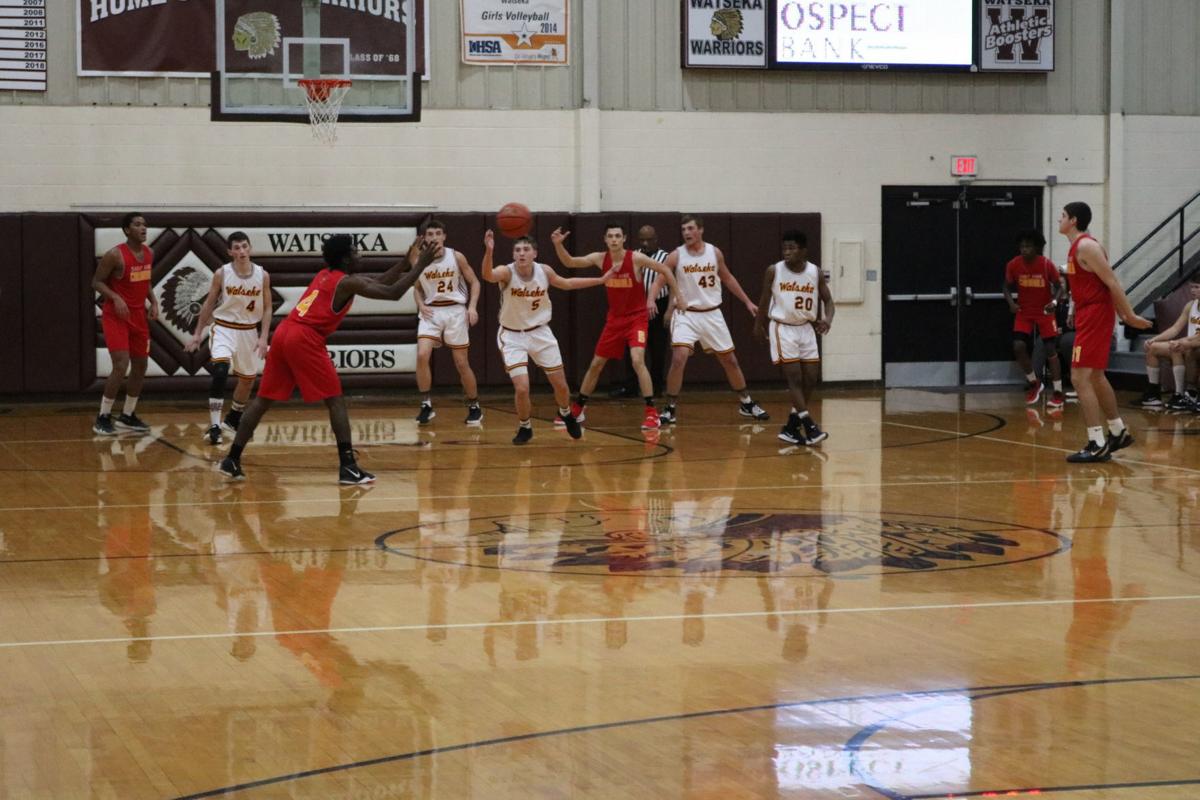 Cardinals look for a shot against the Warriors in the first half. 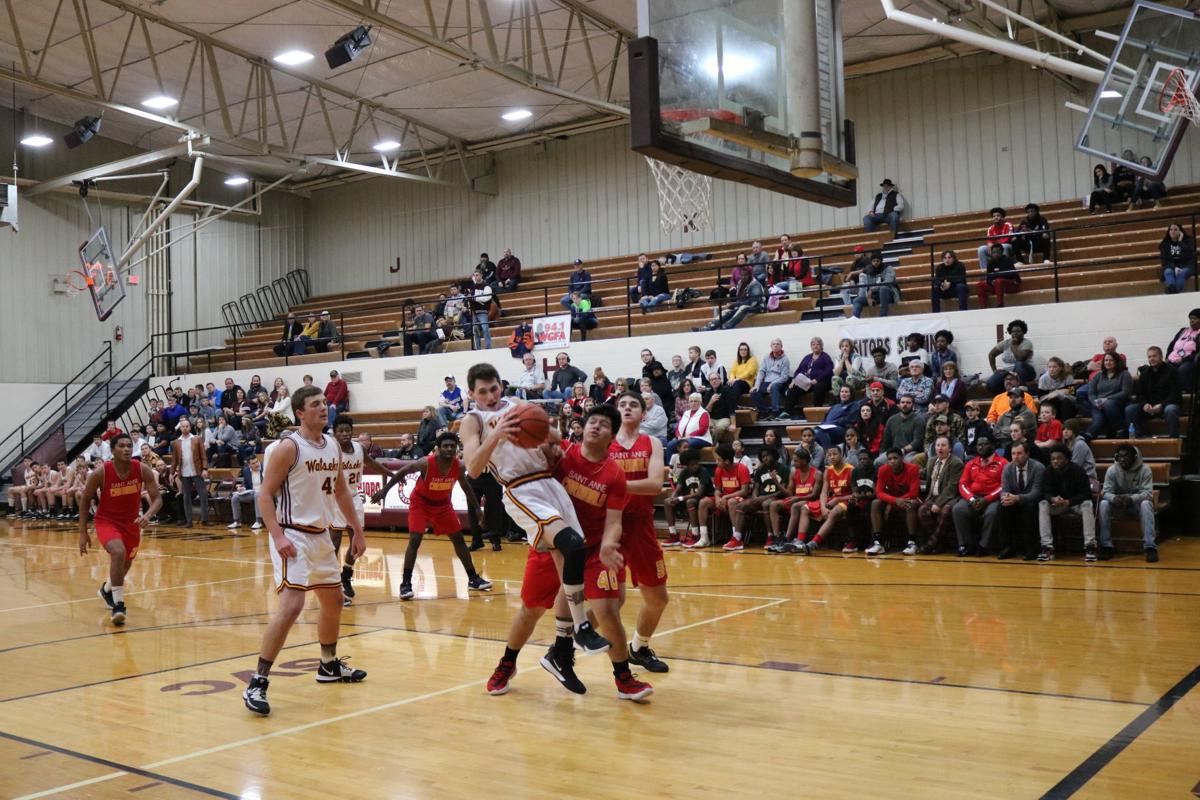 Warrior Jameson Cluver puts up a shot in the first half.

Cardinals look for a shot against the Warriors in the first half.

The Watseka Warriors got a loss in the books against the St. Anne Cardinals, 62-46, Saturday evening at home.

“Both teams played hard,” said Cardinals’ head coach Rich Schoon. “We like having Watseka on the schedule because we know it will be a good game.”

“We battled well,” said Warriors’ head coach Chad Cluver. “They shot the ball well on us, and they made their shots.”

The Cardinals were the first to get on the board, the Warriors fought hard in the middle quarters of the game.

The Cardinals’ EJ Hayes was the top point getter in the night’s game with 19. These 19 points were from one field goal, three 3s and eight free throws.

Brooks Schoon and Jamari Winston also hit double digits in the game with 14 and 12, respectively.

Winston’s points were from this three 3s and three free throws.

Curry’s points added up from his three field goals and three 3s.

Ellie Rabe serves as first Student of the Week

Jameson Cluver had four points: a three-pointer and a free throw.

Brayden Haines made a three-point shot.

Jordan Schroeder had a field goal.

Schoon noted the Warriors shot well at the perimeter.

He said his team got eight offensive rebounds. “Our team executed well on the offensive end.”

Cluver said the Warriors played one of their better games defensively, the Cardinals just made their shots. “Kudos to them.

Variably cloudy with snow showers. Some mixed winter precipitation possible. Temps nearly steady in the low to mid 30s. Winds SSE at 10 to 15 mph. Chance of snow 60%. Snowfall around one inch.