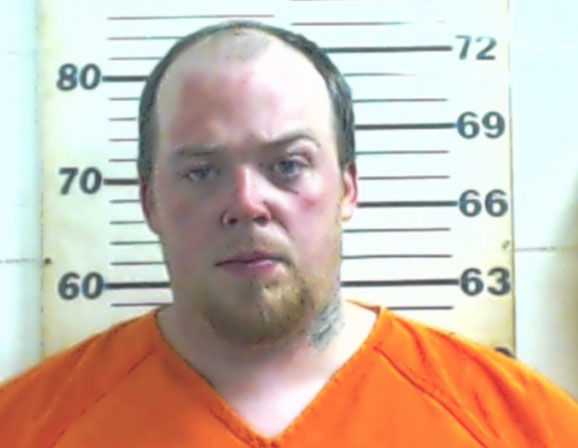 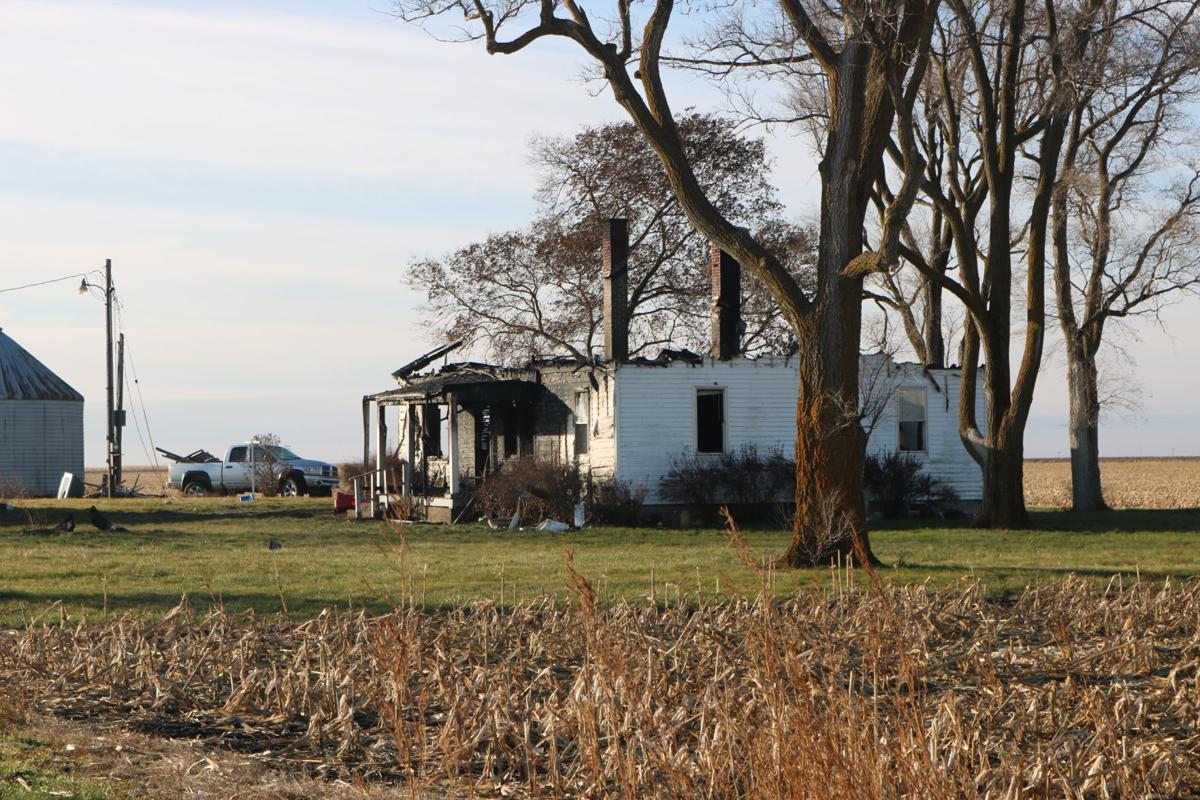 Last night’s fire at 1961 East 1100 North Road outside Milford ended in a total loss of the home, and Olan Morris, III, arrested for residential arson and methamphetamine possession.

Last night’s fire at 1961 East 1100 North Road outside Milford ended in a total loss of the home, and Olan Morris, III, arrested for residential arson and methamphetamine possession.

Olan E. Morris, III, has been taken into custody after being found armed inside a home on fire Thursday evening.

The fire was at 1961 East 1100 North Road in rural Milford. The Milford Fire Department got the page at 6:17 p.m. when a passerby called about flames coming from the upstairs of the building, said fire chief Frank Hines. He said when they arrived the began paging other departments for additional help.

He said one of the firefighters made his way inside a first floor door, and it was barricaded. Another firefighter was outside looking a window and found Morris laying in bed with a shotgun, he said, before Morris, 33, noticed and started walking toward the window.

Hines said the firefighters “secured the department” at the scene, and waited for Iroquois County Sheriff’s Police to arrive to subdue Morris.

Sheriff’s deputies “made contact with the subject and safely removed him from the residence”, according to the Iroquois County Sheriff’s police report.

Following his release from IMH, “Mr. Morris was taken into custody and transported to the Iroquois County Jail where he was charged with residential arson and methamphetamine possession. Mr. Morris remains in custody awaiting a court appearance,” according to the news release.

Firefighters were on the scene until a little after 10 p.m., Hines said.

The home is a total loss, with the upstairs gone from the structure, he said. “It would have been easier to fight if we hadn’t have had the delay.”

The fire is still under investigation by the state fire marshal.

Assisting at the scene were the Milford Fire Department and Illinois State Police, and the fire departments of Woodland, Cissna Park, Sheldon and Stockland.

Cloudy early with some clearing expected late. A few flurries are possible. Low near 20F. Winds WNW at 10 to 20 mph.

Cloudy early with some clearing expected late. A few flurries are possible. Low near 20F. Winds WNW at 10 to 20 mph.

Some sun in the morning with increasing clouds during the afternoon. High 36F. Winds W at 10 to 20 mph.