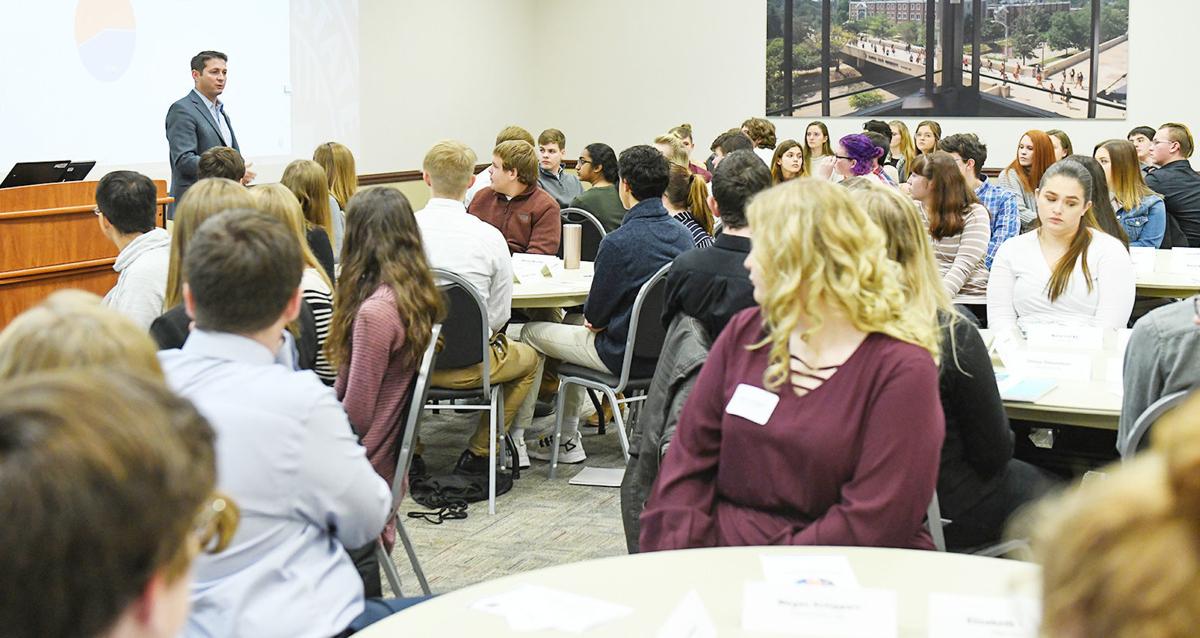 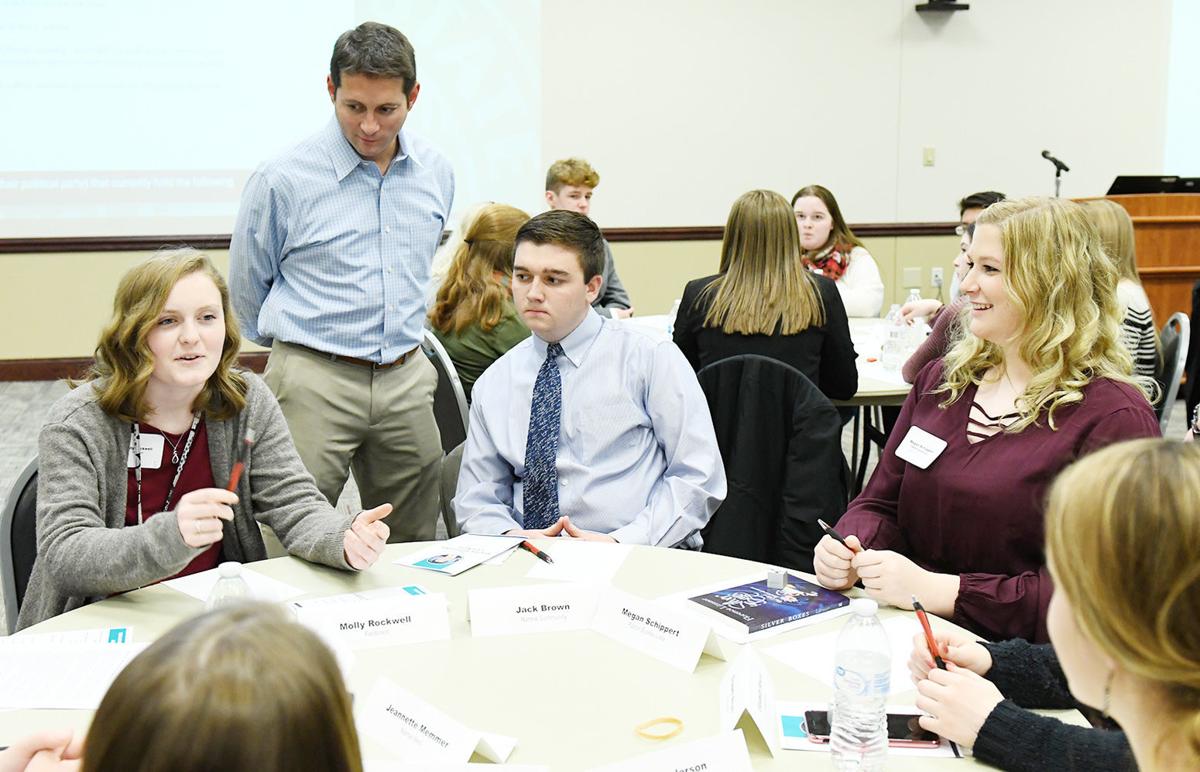 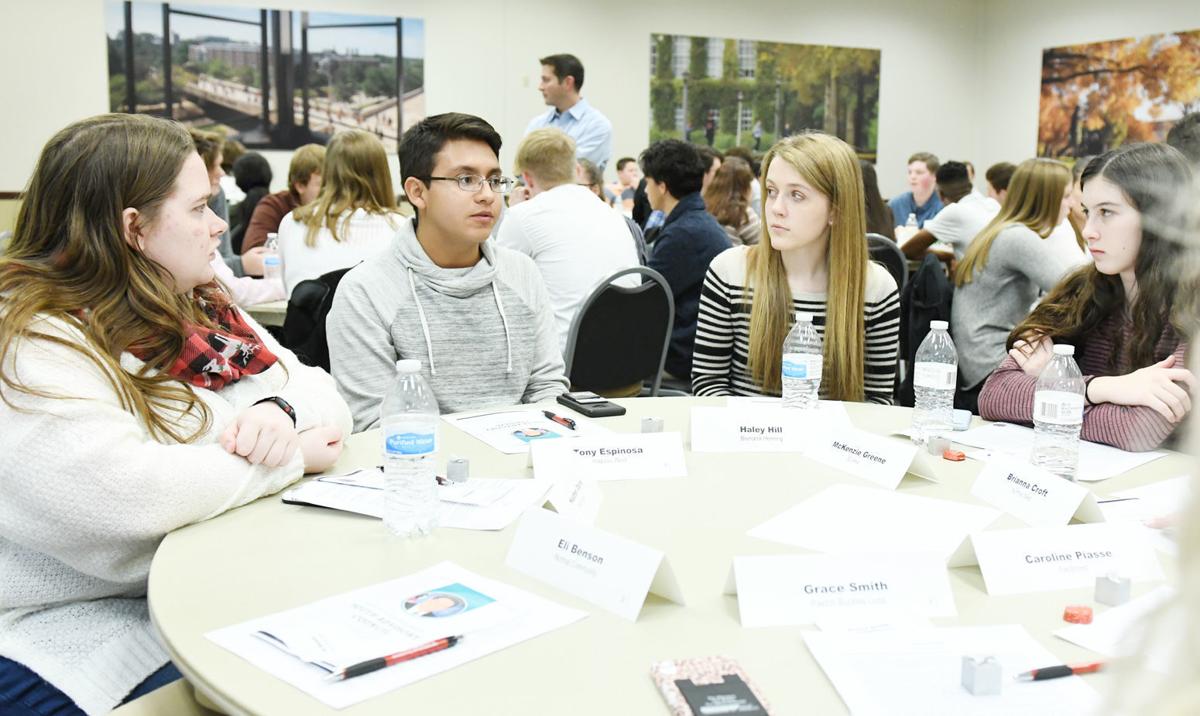 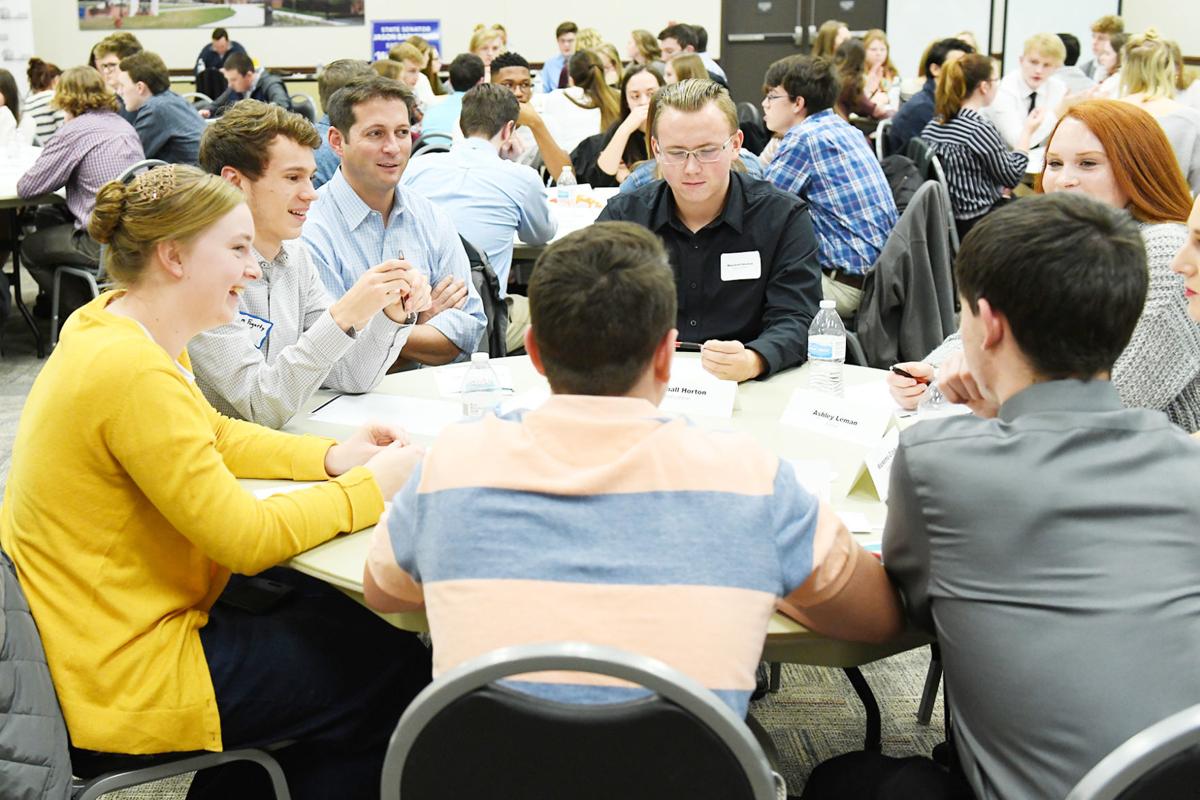 Nearly 70 students from across the 53rd Senate District came to Bloomington-Normal recently to offer up their ideas for new laws to State Senator Jason Barickman (R-Bloomington). The event was part of Barickman’s annual Youth Advisory Council program, now in its sixth year.

“I believe the best way to help develop engaged citizens and grow the next generation of leaders is to engage them at a young age,” said Barickman. “This program gives them a chance to not only learn more about their government but to be an active participant in it.”

The students spent the morning learning about state government and discussing issues with Barickman, along with other local lawmakers. In the afternoon, the students broke up into small groups to develop their ideas for new laws.

“I wanted to come today because I’m a part of the younger generation and it’s important that I know about this stuff, and I want to get this stuff now so I’m prepared for the future,” said Normal West High School student Amon Brock. “It’s really fun, it was really great.”

“It’s really opened my mind to what’s really going on and how to understand that and how to partake in it,” said Eureka High School student Ashley Leman. “It really opens your eyes to know that your voice is heard, and you are able to speak your mind and people are going to listen.”

I am considering politics as a career and I wanted to come see how it works and if it actually fits with me,” said Iroquois West High School student Tony Espinosa. “If you’re shy, this is a good way to step out of your comfort zone, get used to talking to people, meeting new people, and having a great mindset, having confidence about what you say and confidence in your opinions, to speak loud and have a voice for yourself.”

The students proposed and debated a number of different ideas, from redistricting reform to environmental education, before eventually voting for a plan to include mental health education in high school health classes.

“Compromise is the biggest thing, at my table we had to compromise to make sure everybody’s voice is heard,” said Hoopeston Area High School student Kolin Dugle. “I love this process of the mock bill, it’s so cool to see what the legislators are doing in session, you get to just imitate them.”

“I feel like student interaction with the state legislature is incredibly important, especially having young ideas and having our future leaders start out at an early age,” said Pontiac Township High School student Callie Dalton. “I loved coming up with ideas and sharing them with my group and seeing how even people with drastically different political parties can come together on some issues to benefit people.”

Barickman’s Youth Advisory Council members will meet again during the regular legislative session at the State Capitol Complex in Springfield. They will tour the Capitol, meet with members of multiple professions, including lawmakers, lobbyists, staff members, and reporters, and conduct a mock committee hearing on the legislation they picked during the fall meeting.

“It always amazes me to hear the students discuss issues that they are passionate about. These young men and women are engaged and passionate about major issues,” said Barickman. “I hope the students leave here with a new appreciation for government service and an understanding of what is involved with taking your idea, building a consensus, and advancing it into law.”

Barickman’s Youth Advisory Program is open to high school students in the 53rd Senate District. If a you or student you know would be interested in taking part, Barickman encourages them to contact their principal or superintendent about taking part.

A few clouds from time to time. Low 17F. Winds light and variable.