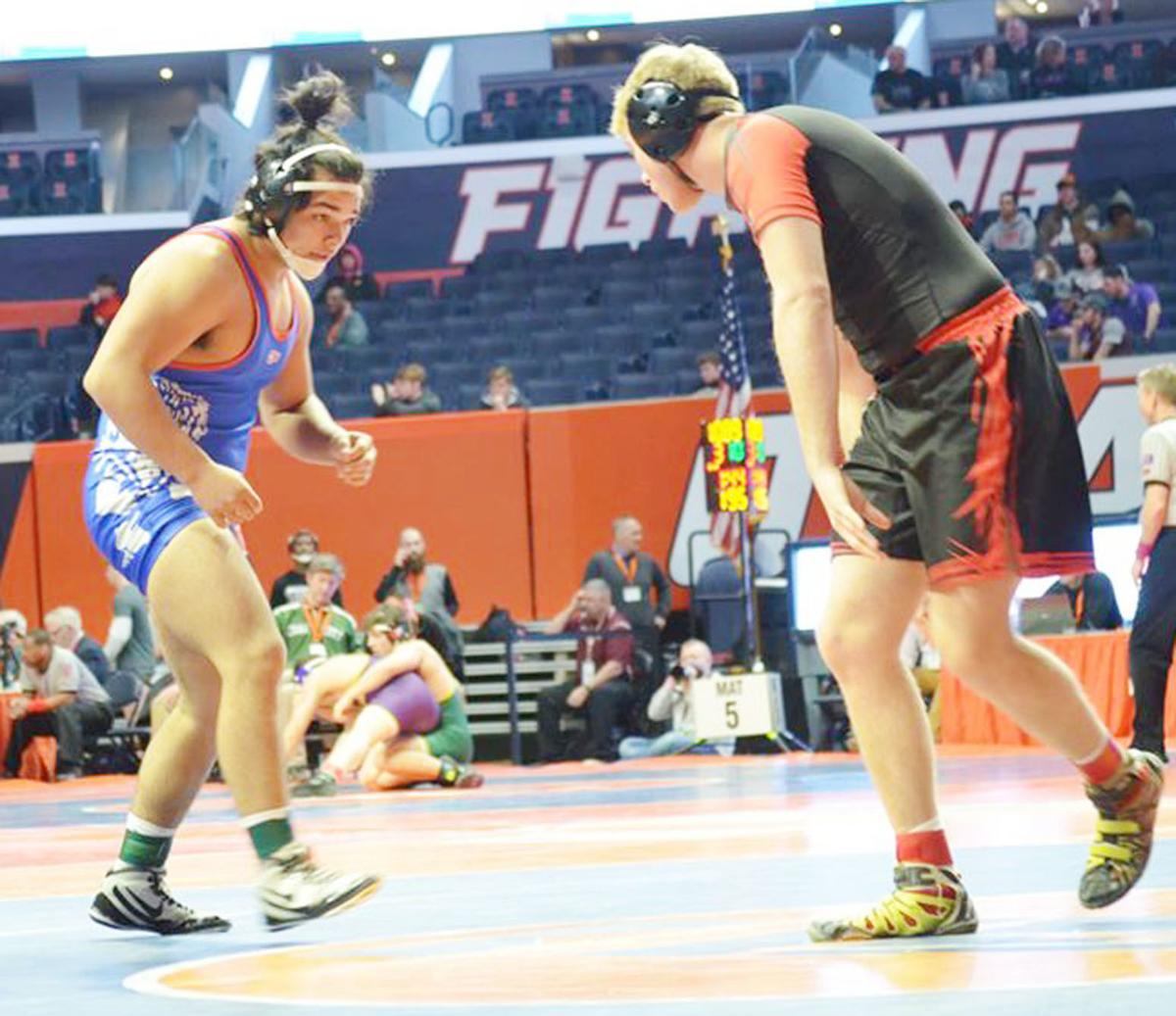 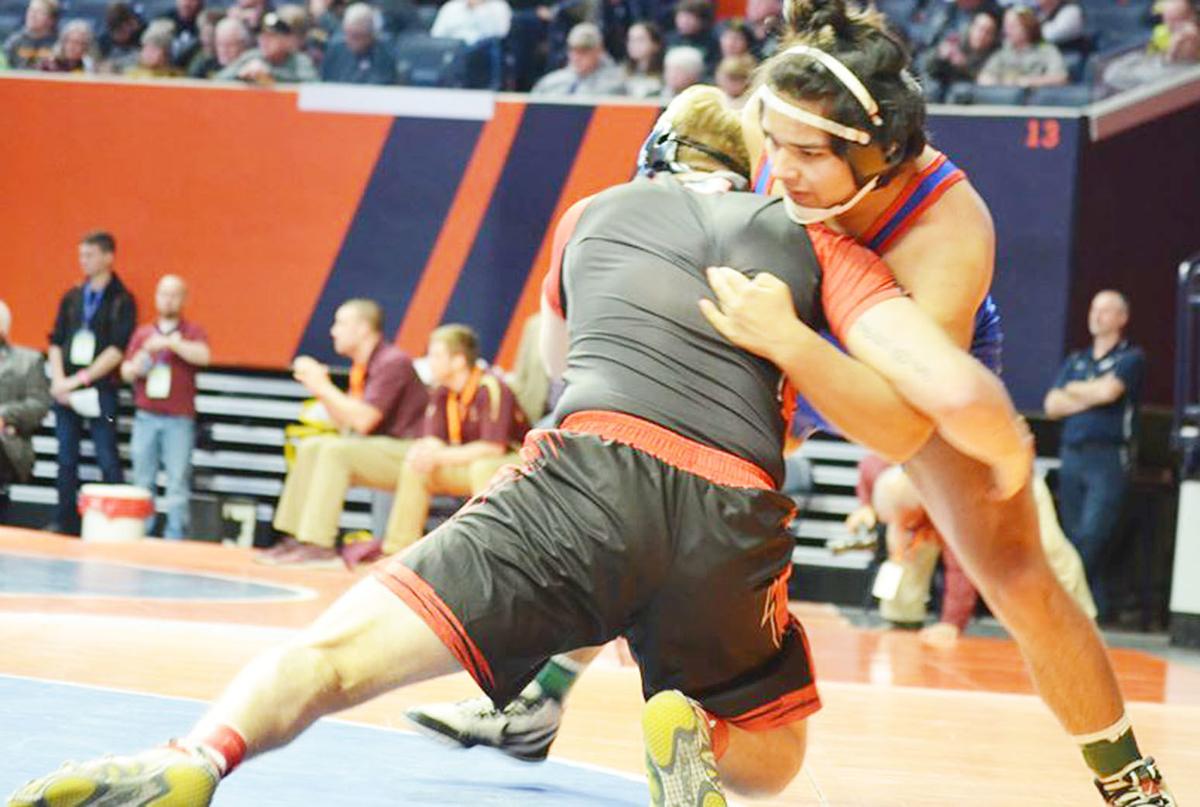 Hoopeston Area sophomore wrestler Abel Colunga grapples with Logan Jennings, of Stillman Valley, in the first round of the IHSA State Wrestling Finals.

Hoopeston Area sophomore wrestler Abel Colunga grapples with Logan Jennings, of Stillman Valley, in the first round of the IHSA State Wrestling Finals.

Colunga had previously competed at state last year when he was joined by fellow wrestlers Ezra Elliott and Anthony Colunga.

This time Colunga was the sole Hoopeston Area wrestler to advance to the finals and started off the tournament with a win.

Colunga, who came into the tournament with a 42-9 record, competed in the 182-pound weight division.

Colunga took on Logan Jennings, of Stillman Valley, and picked up the win by fall in 3:27.

Colunga would next face-off against Mason Clem, of Springfield Sacred Heart-Griffin, in the quarterfinals match.

Clem, who had a 43-5 record coming into the match, won in a 7-1 decision victory over Colunga.

Colunga wasn’t done competing, however, as he entered the consolation round for a chance at competing for third place.

He faced Robert Gurley, of LaGrange Park’s Nazareth Academy, in the second round of the consolation bracket.