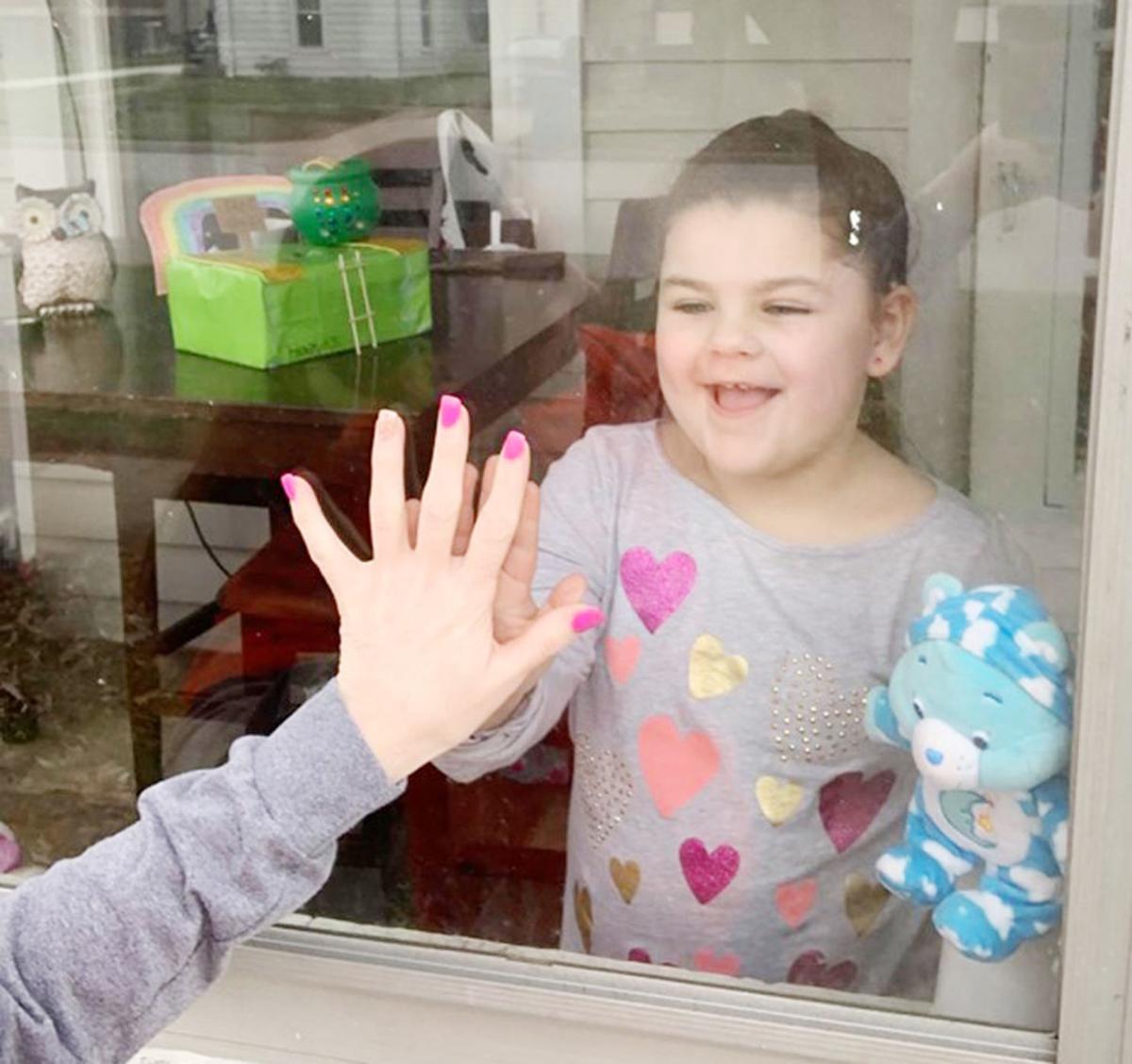 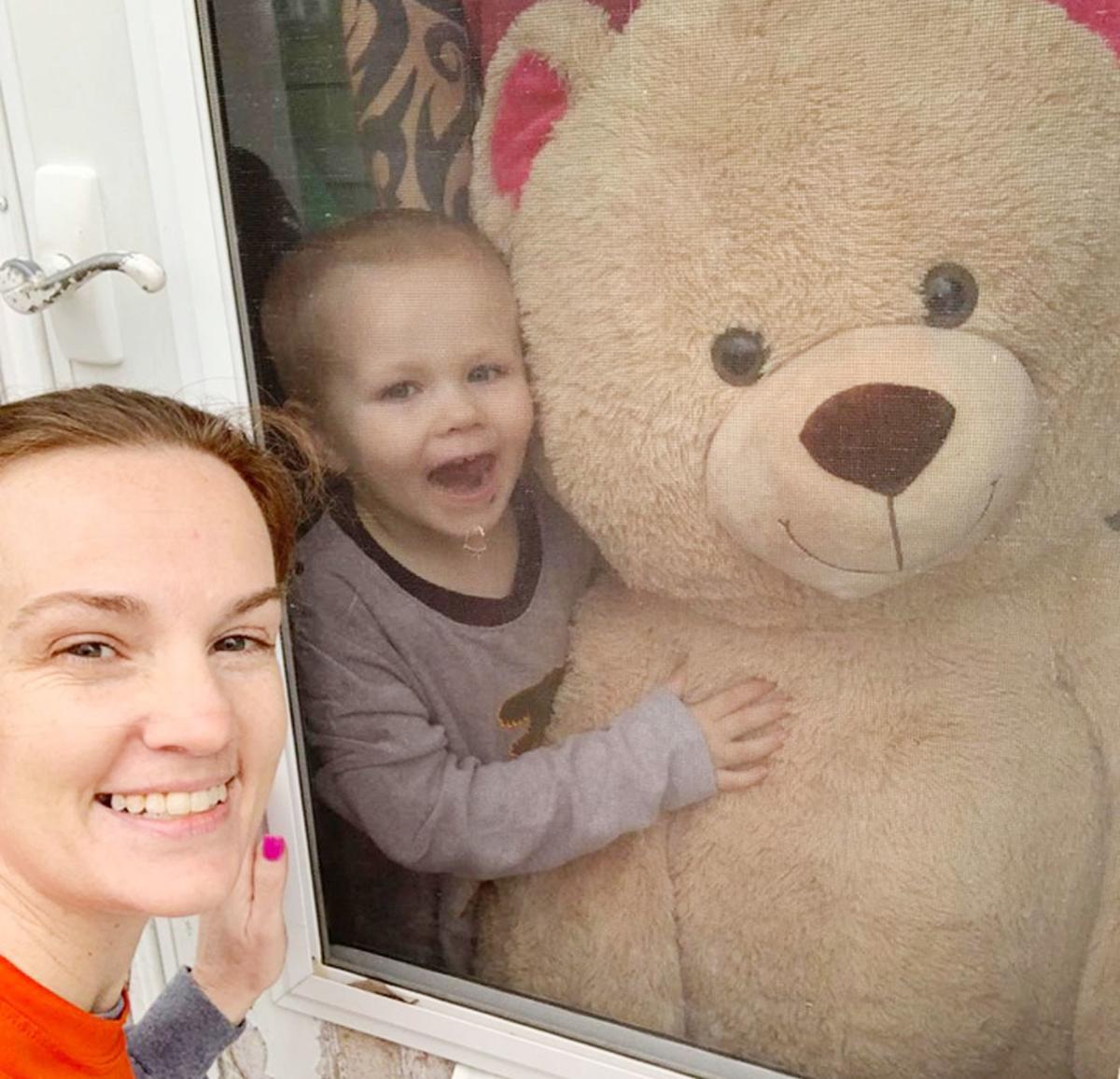 One of the photos from the recent “bear hunt” taken by April Jones last week. 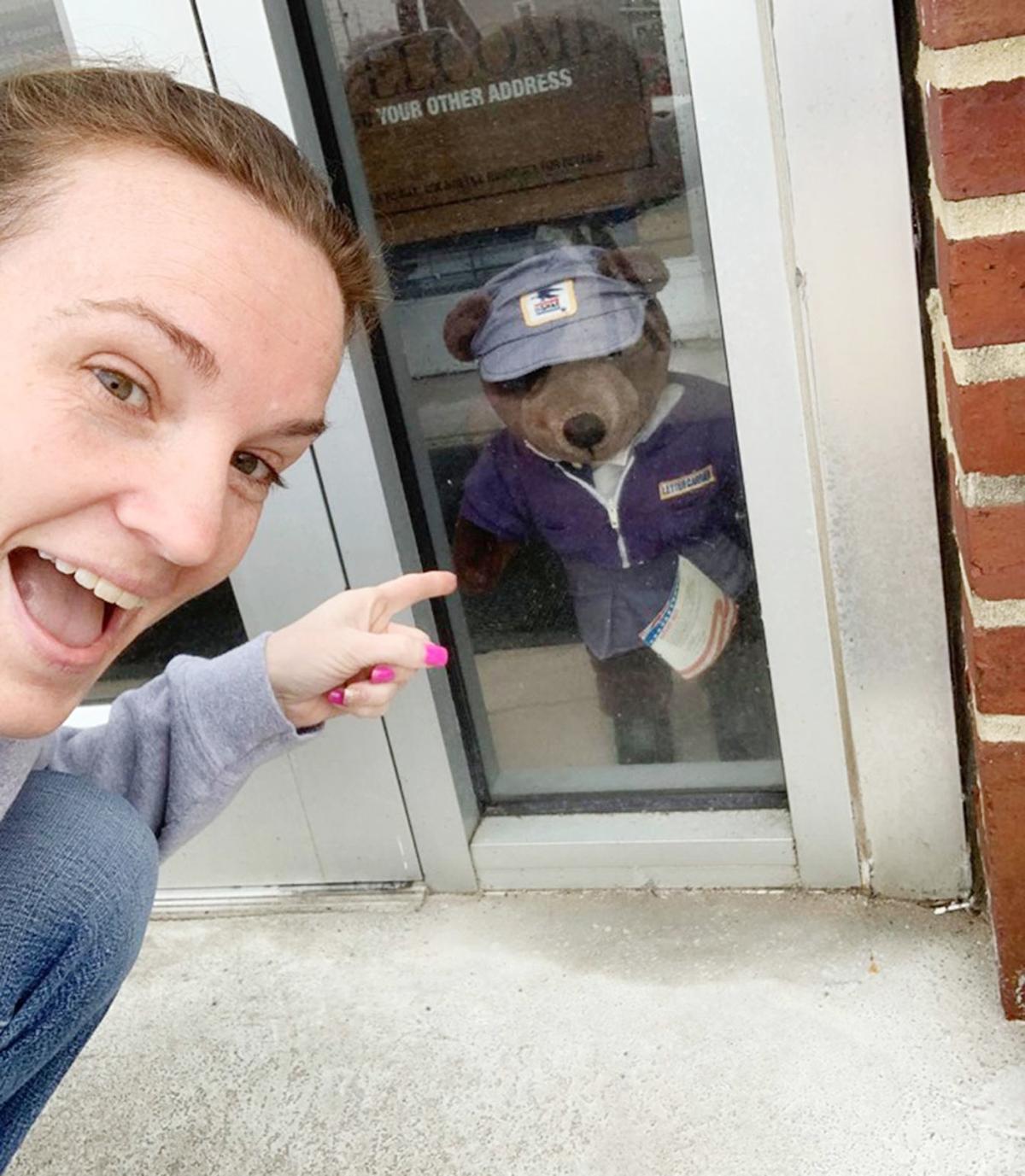 April Jones takes a photo with one of the bears featured in last week’s “bear hunt.” 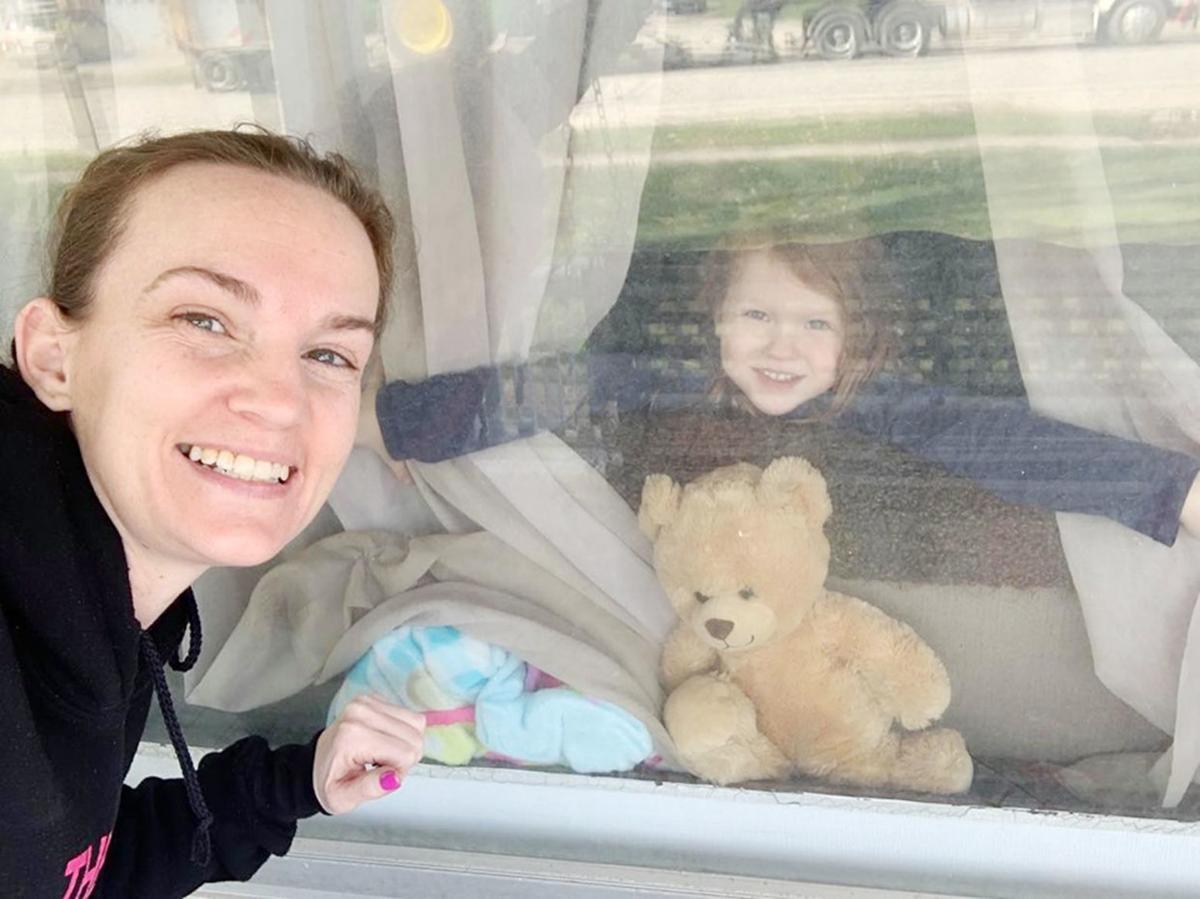 Local preschool teacher April Jones gets a photo with one of the local youths who put a teddy bear in their window as part of the local “bear hunt” last week. 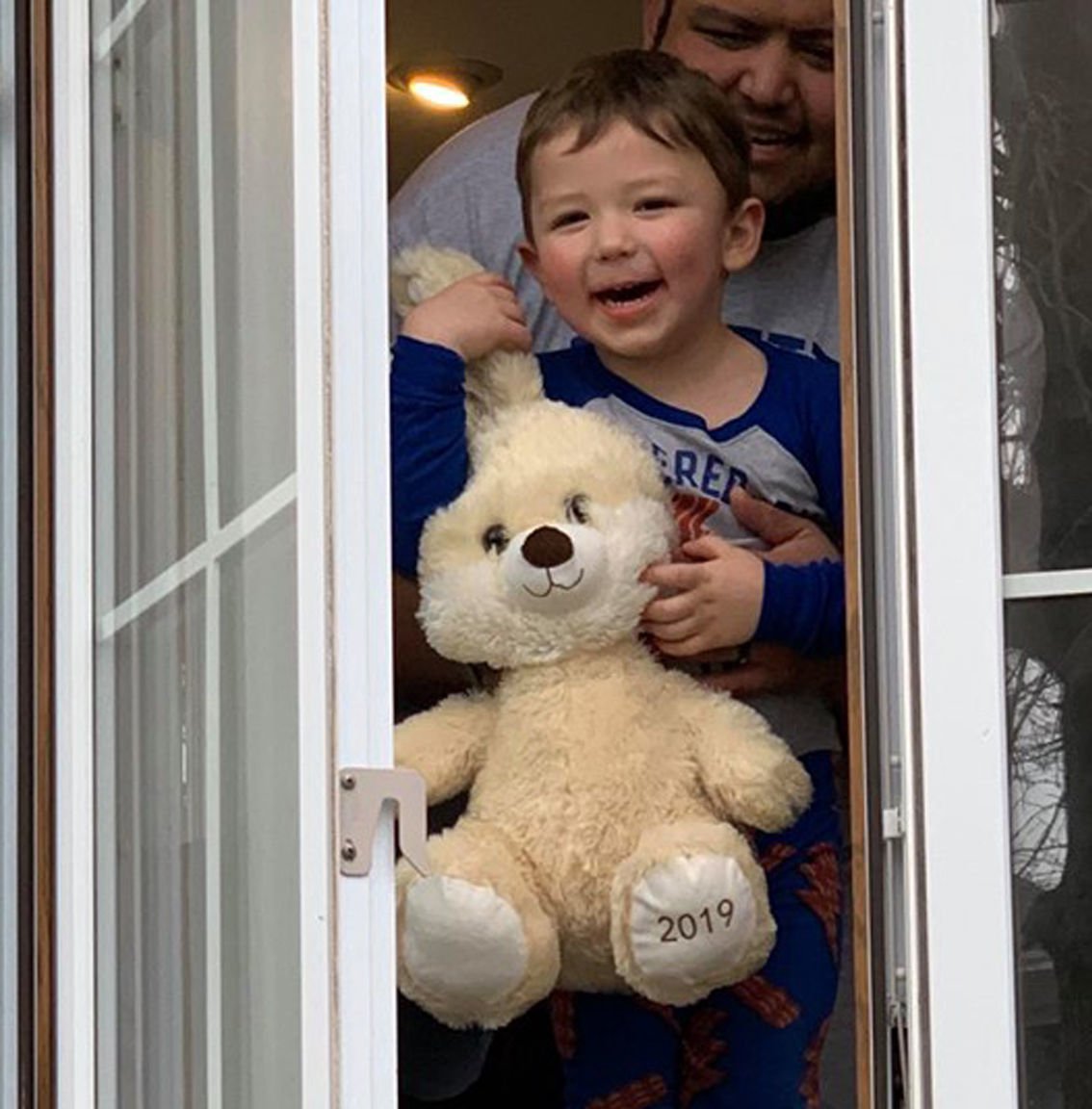 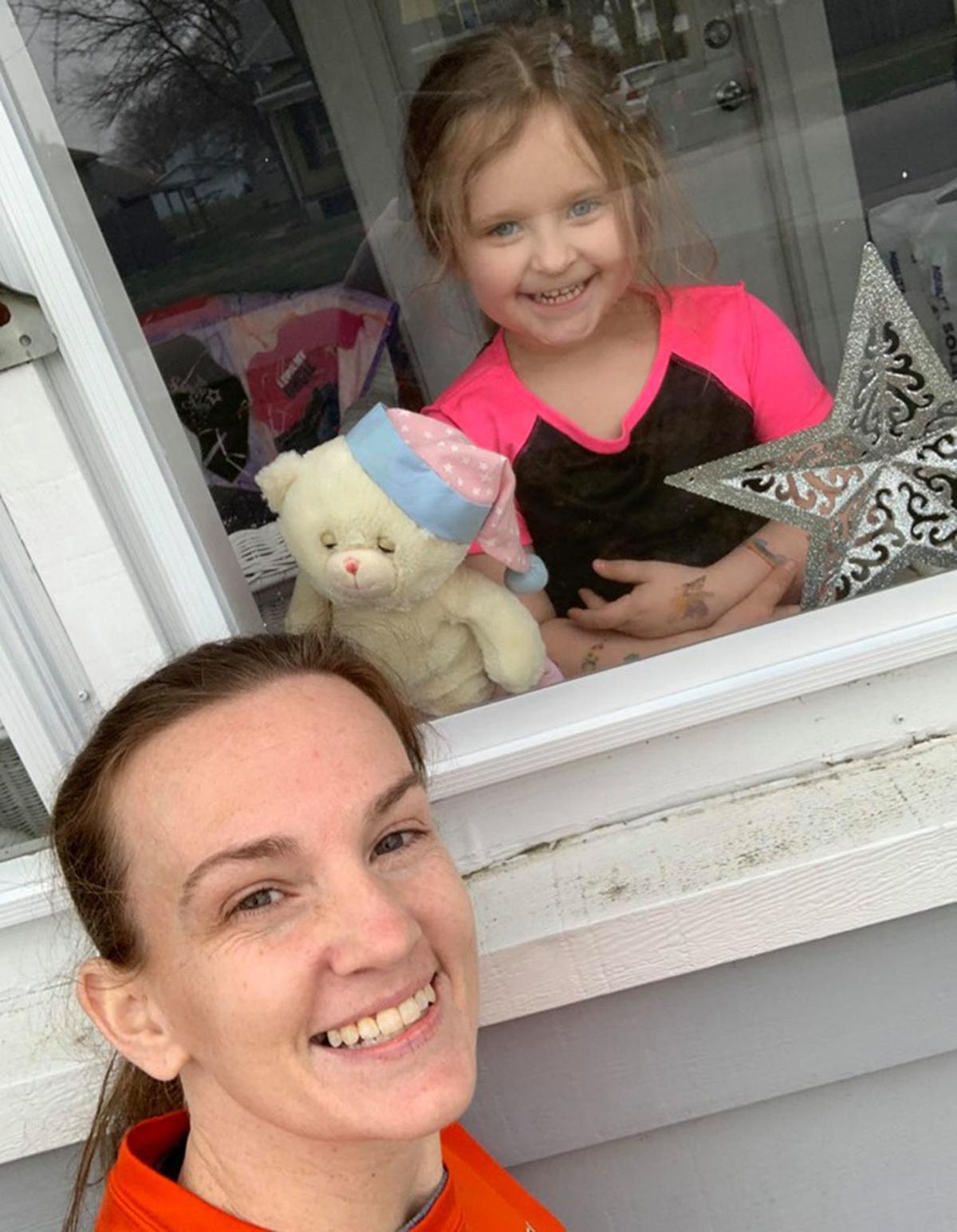 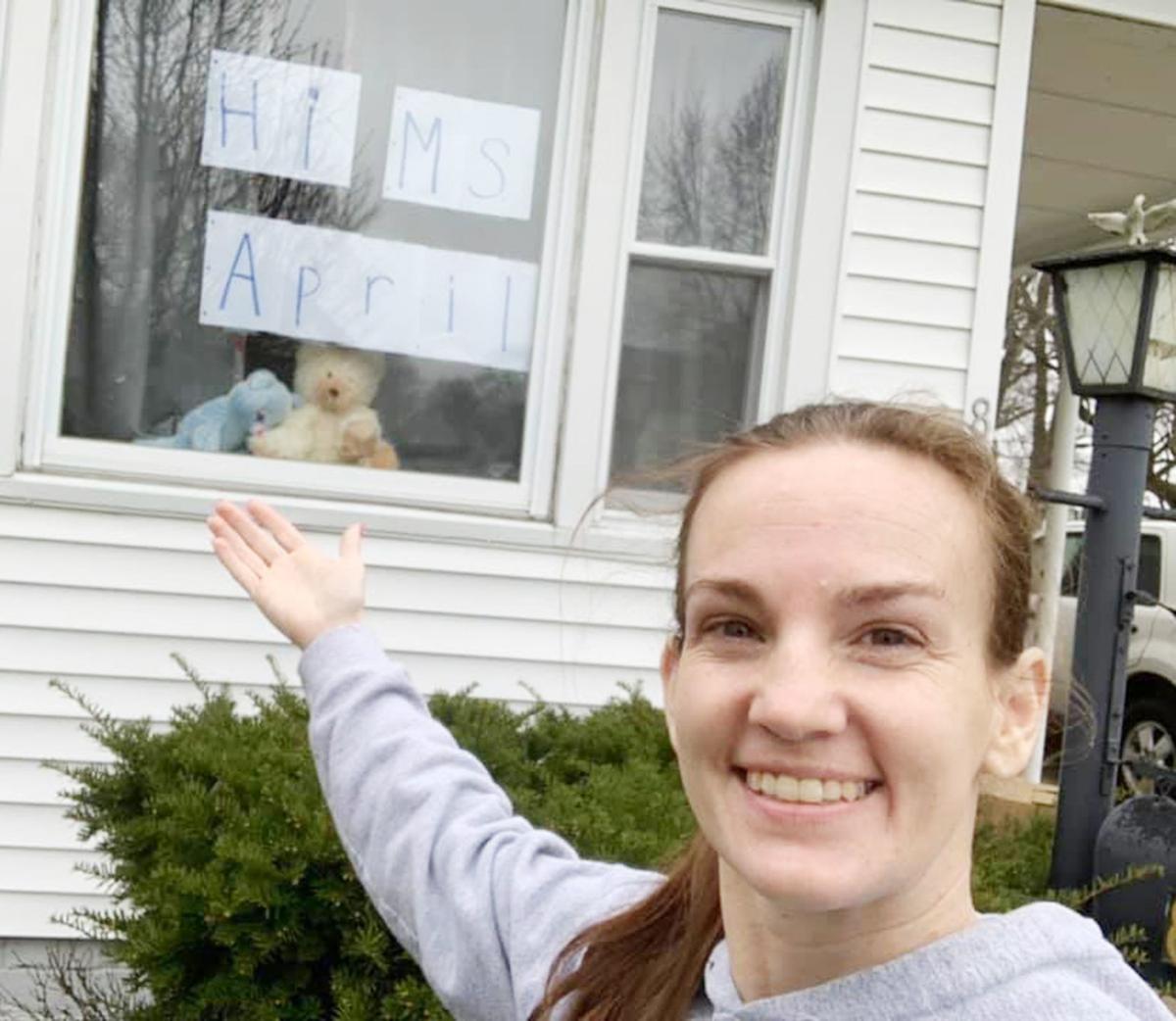 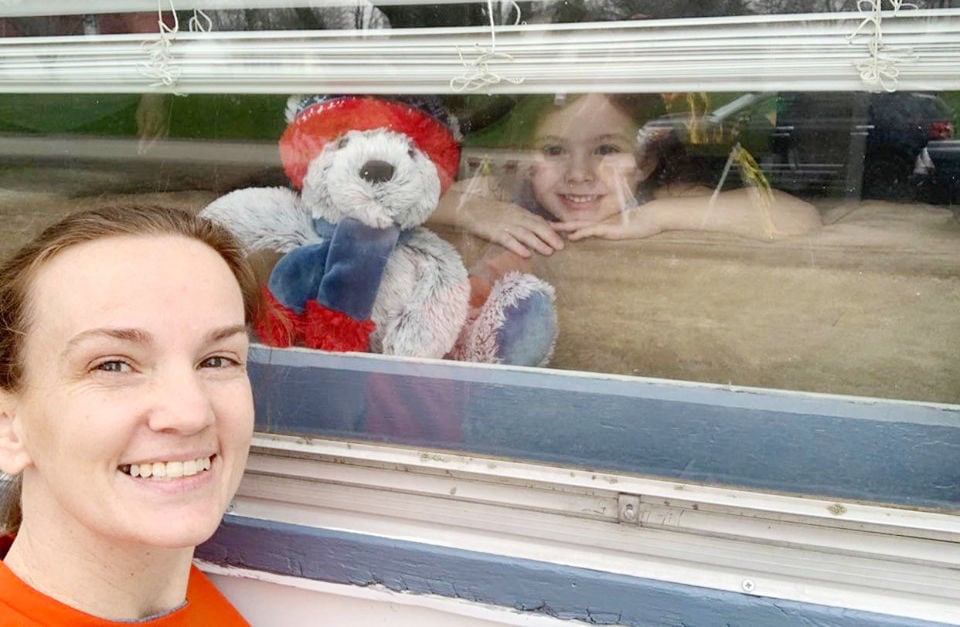 One of the photos from the recent “bear hunt” taken by April Jones last week.

April Jones takes a photo with one of the bears featured in last week’s “bear hunt.”

Local preschool teacher April Jones gets a photo with one of the local youths who put a teddy bear in their window as part of the local “bear hunt” last week.

Teddy bears and stuffed animals of all shapes and sizes could be found in the windows of dozens of houses across the area last week.

Part of a nationwide trend, local resident April Jones spearheaded the initiative locally, promoting it on Facebook and encouraging area residents to put teddy bears in their windows.

Jones, who owns and operates the local preschool, Learn & Lead Academy, said she often has local parents send her ideas for activities for kids such as crafting and other fun things to do.

Recently, a friend sent Jones the bear hunt idea and she worked up a post on a social media to encourage area residents to join in and put their teddy bears in their windows until March 29.

Jones said the idea was immediately popular on social media.

The exercise is a way to keep people’s minds busy, Jones said, during these stressful times and is a fun activity for kids and adults while sheltering-in-place.

“It brings some excitement to the kids and even the adults were excited about it,” she said. “Then they got hope that someone will drive by and see it and hope that this will all be over with soon.”

Jones said the effort has brought the community, and surrounding communities together.

“I’ve traveled to Wellington, Cheneyville, Rankin, East Lynn. I’m going to be in Cissna and Rossville tomorrow,” she said. “It’s just really brought everyone together.”

It also gives Jones the chance to see some of her students as she goes from town to town taking photos of the bears in the windows.

“For me, as the teacher, I’m getting to see my students, who I didn’t even get to say goodbye to when all this started,” she said. “It’s really a bittersweet movement for me.”

Jones said she’s heard positive feedback from plenty of people when she’s gone around to get photos and has even had people call or message her to let her know that they’ve put their bears in the window.

Kids have been especially excited about it.

“As I pull up, they’re jumping up and down,” she said.

Jones feels that putting bears in windows is just a way for people to put out positive energy during a very trying time in everyone’s lives.

“It just has so much positive in it,” she said. “The kids and the families, it’s a sense of love.”

Jones said she’s taken her own family with her as she’s gone on these “bear hunts” and she said her kids have get excited when they spot a bear in a window.

“We just really get caught up in the moment,” she said. “Even my son will shout out, from the backseat, ‘There’s a bear.’ We just all get really excited going out on these ‘bear hunts.’”

Jones said people need these moments of positivity now when it’s so easy to get caught up in all of the difficulties that are going on in the world.

“Right now, people are just really looking for anything positive,” she said. “Even if it is just a stuffed animal in the window.”

Jones estimated she had seen roughly 40-50 houses with bears in their windows around the area.

Jones, who has worked with children for many years, said this is a stressful time for many adults and their children can pick up on that.

“Our children feel the repercussions from that,” she said. “When we’re stressed, they’re stressed.”

Finding outlets to engage in fun activities, like putting stuffed animals in windows or going out for a walk, and keeping children’s mind’s busy is important as it gives them something to look forward to until they can get back to their regular routines, Jones said.

“I just hope everyone will continue to spread happiness, not fear,” she said. “And be kind to everyone.”

Looking to the future, Jones said she has another activity ready for this week.

Working as part of the Heart Hunters social media group, Jones is encouraging local residents to cut small paper hearts and put them in their windows.

Anything will work including newspapers, construction paper, cardboard, wrapping paper or just about anything you can cut a heart out of. Place your heart or heart(s) in the front window or door for everyone to see.

“You can get really creative from making a simple heart, a collage of them or a mural with them,” Jones said.

Jones hopes this activity will get kids and adults spending time together, getting some fresh air and practicing social distancing while having fun.

She said it also sends the message that “We are in this together and provides a sense of hope and community.”

Residents are encouraged to post a photo of their hearts in the windows on the Heart Hunters of Vermilion County Facebook group page.

Jones will also be looking to keep kids engaged through a live virtual preschool program on her Facebook page from 10:30-11 a.m. each weekday until the kids get back in school.